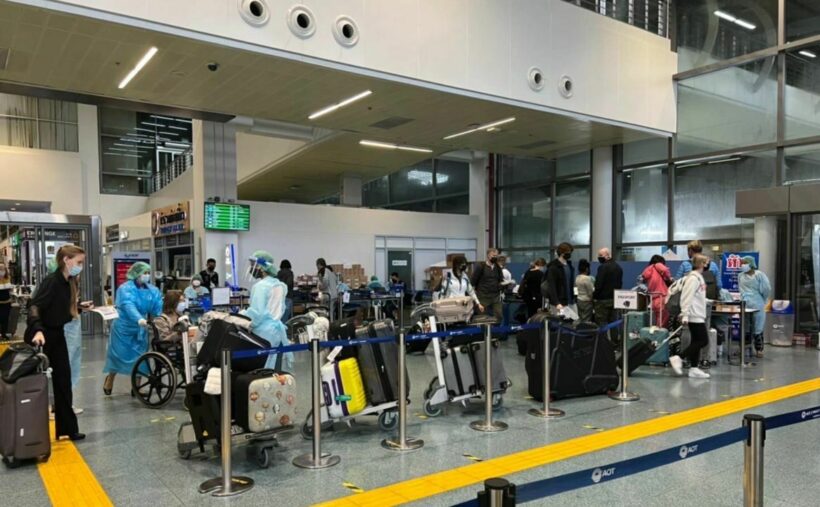 Even though 6,000 Russian and Ukrainian tourists are stuck in Thailand due to the current crisis, Thailand’s ambassador to Russia said Thailand needs to form new tourism tactics for them. The ambassador told the Bangkok Post Thailand should adapt tourism to help with Russians’ needs in the current crisis. One idea he suggested was an app to let Russians use digital money or crypto currency. This week, Mastercard and Visa suspended services in Russia, and to cards issued in Russia being used abroad.

The ambassador also said food tourism should market cheaper food to Russians, instead of just marketing delicacies like Tom Yum Kung. He said countries competing with Thailand for tourists, such as Turkey, Egpyt, and Dubai, have adapted to attract Russian tourists during the conflict.

“The country cannot offer traditional tourism anymore. We have to come up with value-added products to create new tourism experiences”.

Russians made of the biggest group of tourists in Phuket in December, and over 17,000 of them arrived on the Island that month. They were also a major part of tourism since pre-Covid days. But as of this Monday, there were only 2,763 Russian tourists in Phuket.

Tourist operators, however, are keeping package deals to Asia and Thailand, especially for Labour Day and Victory Day.

Alavan
14 minutes ago, Fluke said: Just did a google search and Qatar are flying the route BKK to Moscow , rather expensive though , I am certain Turkish airlines is also flying.
Cathat
7 minutes ago, Alavan said: I am certain Turkish airlines is also flying. It's not impossible but is very expensive.think of an average family of 4 on pre paid package tour with just spending money for their holiday.the roubles cash…
Grant
Question Is it Muslim Hypocrisy ? Are the Massage Girls certified Halal??? Are the Bar girls Halal? Alcahol illegal in their religion and so is Massage by What they call Infidels?? They make their families wear Hijabs and then send…
joseph
I need 7 rai of pasture fence line cleared. Will the Russians "work for food"?
Scotty
CURRENT CRISIS - Yeah, the current crisis they started. Thailand has to do NOTHING, the Russian Government needs to step up and we all know that's not going to happen...