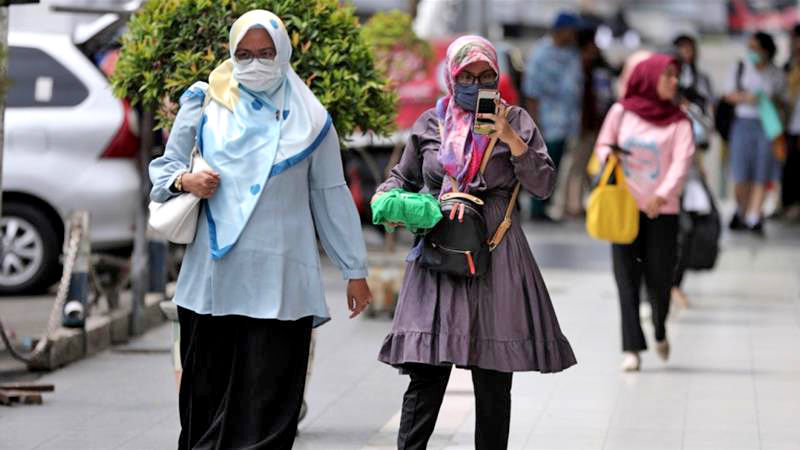 Indonesia is now leading the region with the highest number of Covid-19 cases. 407 new coronavirus cases were announced yesterday, taking the total of reported infections to 5,923, passing the Philippines as the country with the highest number of cases in Southeast Asia. At the start of April Indonesia had only reported 1,677 cases leaving epidemiologists to ponder how the country had been able to keep the numbers so low.

The archipelago nation is now bundled with a group of other Asian countries in the world rankings for the numbers of Covid-19 cases. (Screenshot from the chart at worldometers.info) 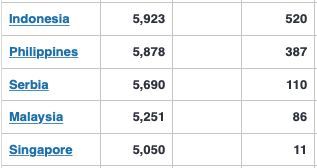 Achmad Yurianto, an Indonesian health ministry official, says the number of cases could reach 106,000 by July, a prediction well below more pessimistic forecasts from the World Health Organisation. There has been criticism that the country’s low rate of testing is hiding the extent of the spread of the coronavirus.

“42,000 tests had been performed, up about three-fold in two weeks. Transmission is still occurring. This has become a national disaster.”

There has also been 520 deaths attributed to the virus, the highest number of fatalities in east and south east Asia, outside China and South Korea.

Health researchers fear the number of infections could spike after the majority-Muslim country heads home for month of Ramadan, which starts next week. President Joko Widodo has resisted pressure for a total ban on Ramadan-related travel, though the head of the Indonesian Covid-19 task-force said those going would have to undergo a 14 day quarantine.

A Reuters story this week reported researchers at the University of Indonesia predicted there could be one million infections by July on Java alone, the country’s most populous island.