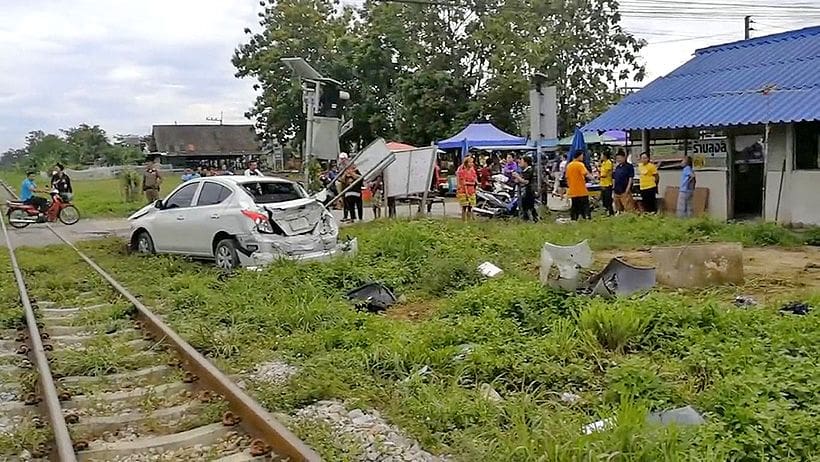 A driver has been injured after his car was hit by a train in Songkhla’s Hat Yai district yesterday morning (Wednesday).

The Bangkok-Padang Bezar train hit the car at a rail crossing in Ban Lop Moom in Tambon Patong.
The car driver, Aeb Meekaew, was critically injured and taken to the Hat Yai Hospital.

The 58 year old train driver, Thira Benso, told police that he saw the car breach the rail crossing and stop while his train was approaching. He used the train horn but the car didn’t move. Thira said he tried to stop the train but was unable to avoid a collision.

The train was only slightly damaged and continued to its destination after the accident. 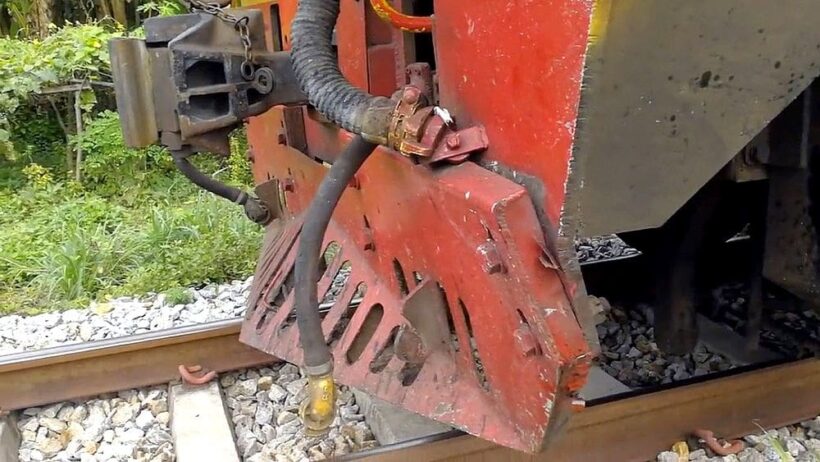 Policeman killed and four injured in insurgent ambush in Yala