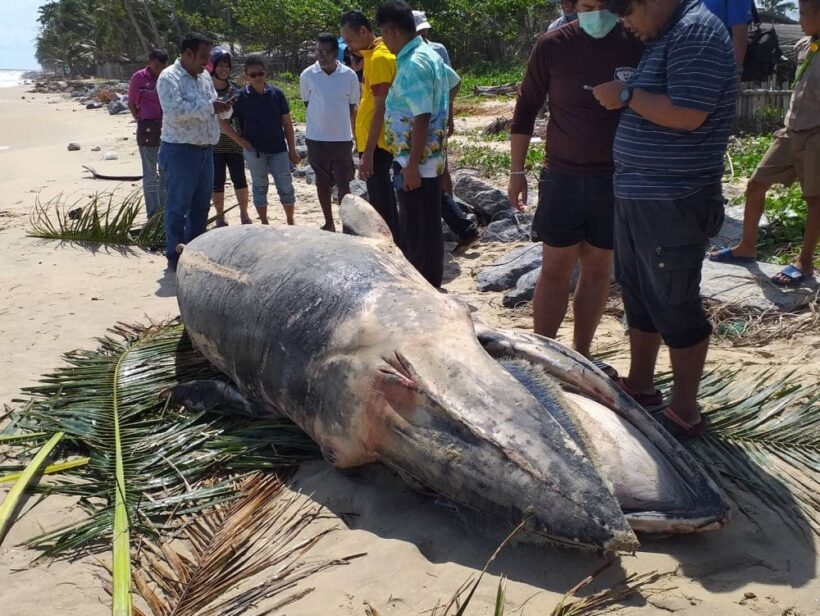 Two young Omura whales have been separately found on Songkhla’s beaches. They were probably from the same herd. The bodies had already started decomposing when they were found.

Pak Tae Ra villagers in Ranote district alerted a regional maritime research centre that a big whale was found on the beach. The centre’s chief Suthep Juela-ong found the remains of an Omura whale, weighing 800-1,000 kilograms and 5.65 metres long. It was estimated that the whale has been dead for at least two weeks, Suthep said.

The centre’s officials will collect tissue samples and check the cause of death, he said, adding that the preliminary test indicated that it probably died from illness as no outer injuries were found on the body.

It was about 5.95 metres long and is thought to have died at least two weeks ago as well.

The whales were possibly from the same herd. Tissue samples are being collected. Both whales are estimated to be around one year old.

A few days ago a three month old Omura whale was found dead on a beach in Chumphon province. It is thought to have died from an infection after getting separated from its mother.