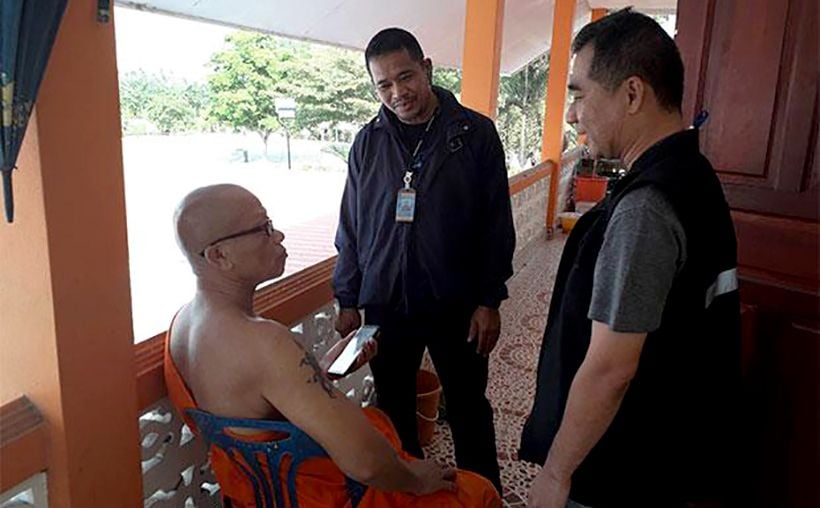 A monk accused of sexually abusing a 14 year old girl eleven years ago has finally been apprehended by the Crime Suppression Division police. He was arrested in his living quarters in Wat Srang Mai in the centre of Thailand.

The 61 year old monk, Sorasak Siripattho, was wanted on an arrest warrant issued on February 11, 2008 on charges of having illegal sex with a minor who was not his wife, regardless of having the girl’s consent.

The alleged offence occured while Sorasak was a monk at a temple in tambon Ban Khai of Chaiyaphum’s Muang district in northeast Thailand. The victim was a 14 year old student at the time, and lived with her grandmother near the temple.

The girl had become close friends with the monk, and reports at the time alleged she often climbed into his room through the window to have sex with him.

The girls family filed an official complaint at the local police station when they found out about her activities. The monk flee in 2008 after the arrest warrant was issued.

When interrogated the monk admitted to having sex with the young girl, but was adamant that there was mutual consent.

Due to the scandal, Sorasak left monkhood and went to work in Prachin Buri east of Bangkok.

He later re-entered monkhood in a temple in Nonthaburi in central Thailand and moved to other temples since. He had been a monk at the Bang Bua Thong temple for more that a year before being apprehended.

Sorasak has now been expelled from monkhood and will be handed to Ban Khai police for legal action.