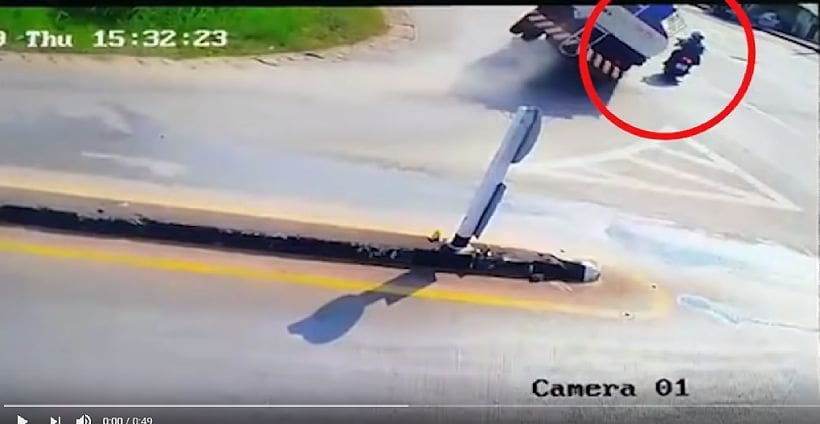 Two Italian tourists have been killed after an oil truck’s brakes allegedly failed coming down a hill. The truck overturned and rolled onto the pair in Chumphon.

Workpoint News reports that the incident happened at an intersection in Paknam, Chumphon yesterday afternoon.

Emergency responders arrived to find the overturned oil truck lying on the road. Under the oil truck they found the bodies of the two foreigners along with their motorbike.

They were travelling with four others friends who were following them on their motorbikes as they watched the accident unfold. 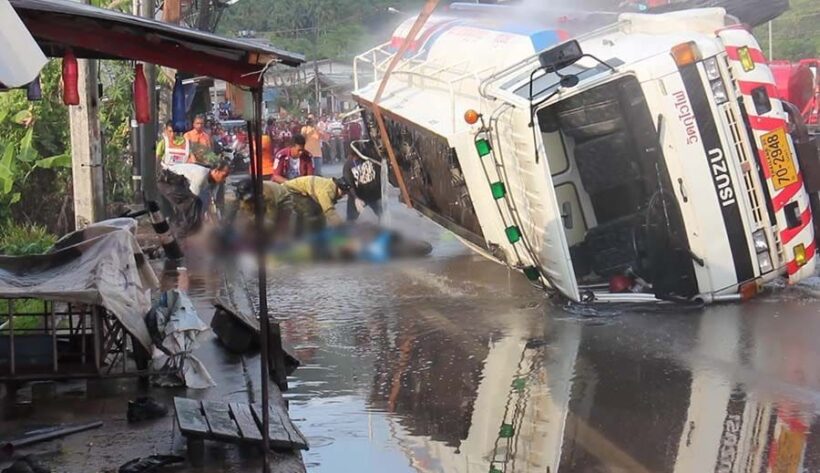