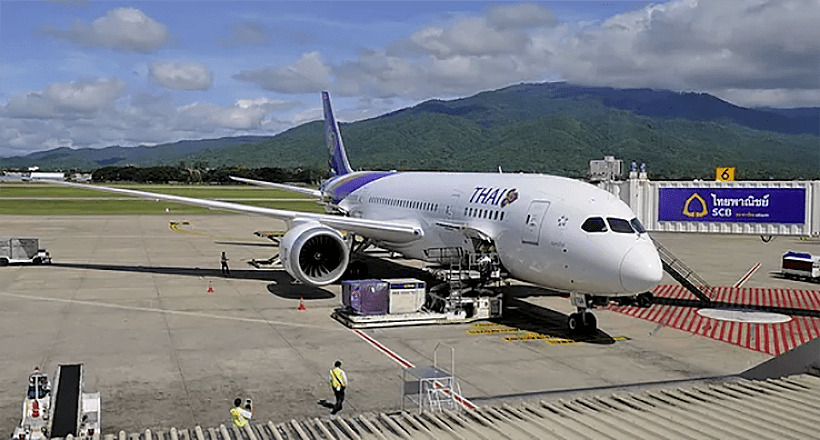 Thai Airways have ended up in the news again, for all the wrong reasons.

Police in Chiang Mai report that a Thai Airways cabin attendant has filed a report claiming he was assaulted by the captain on his flight.

But he says he doesn’t want to pursue a criminal conviction at this stage. He told police that he made the report so that he could take it to his airline superiors for further action.

Pol Lt-Col Thongchai Buangern of the Phuphing police says that 34 year old Thanasak Prathakkhinang came to visit him on February 18 to report a head injury when the Thai Airways captain Surasak Suwanwisat allegedly assaulted him.

The incident allegedly occurred on a flight from Suvarnabhumi to Chiang May on February 17. The flight took off from Bangkok at 1.15 pm and reached Chiang Mai at 2.40 pm.

Thanasak told police that, as the plane taxied and passengers disembarked, he was assaulted at 2.50 pm. There is reason given for the alleged attack in the police report.

Thai Rath, reporting the story, says that nothing has transpired in the case since the report.

Chiang Rai police say they will only act if the complainant returns to press charges in the matter.

Chiang Mai massage worker has baby in the police toilets, abandons the child