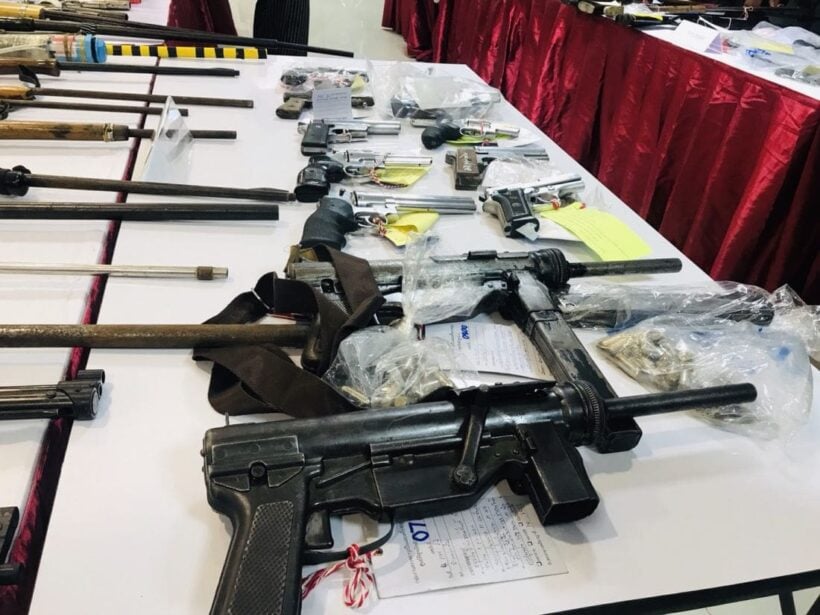 A huge stash of iIllegal firearms and drugs have been seized this month in an upper southern province crackdown.

There was a press conference held at the Police Region 8 headquarters in Mai Khao today to show and tell.

“93 suspects have been arrested with illegal firearms totaling 142 firearms seized.”

“We are continuing  to crackdown on illegal firearm and drugs.” 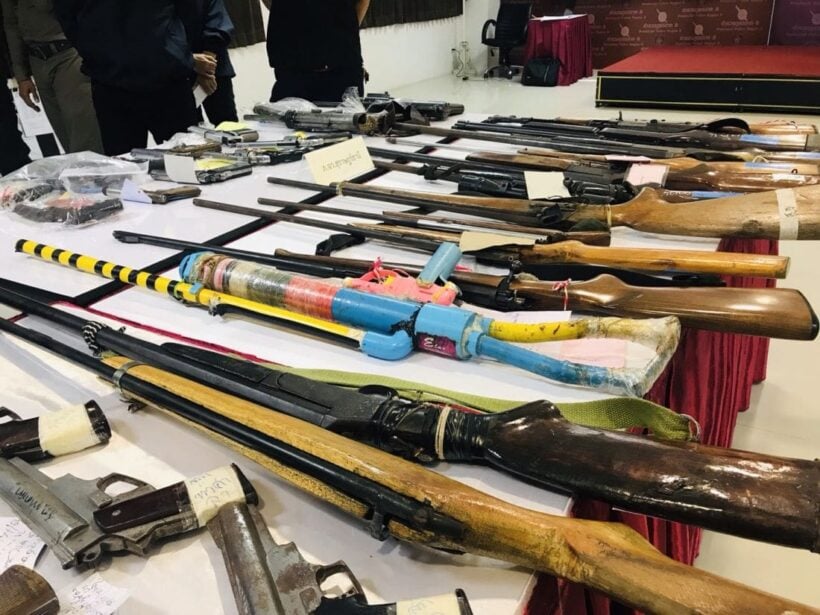 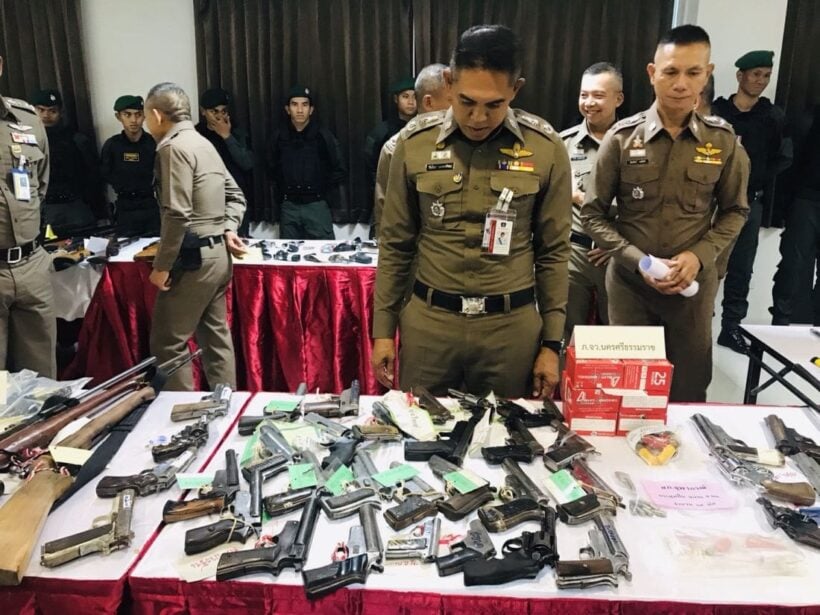 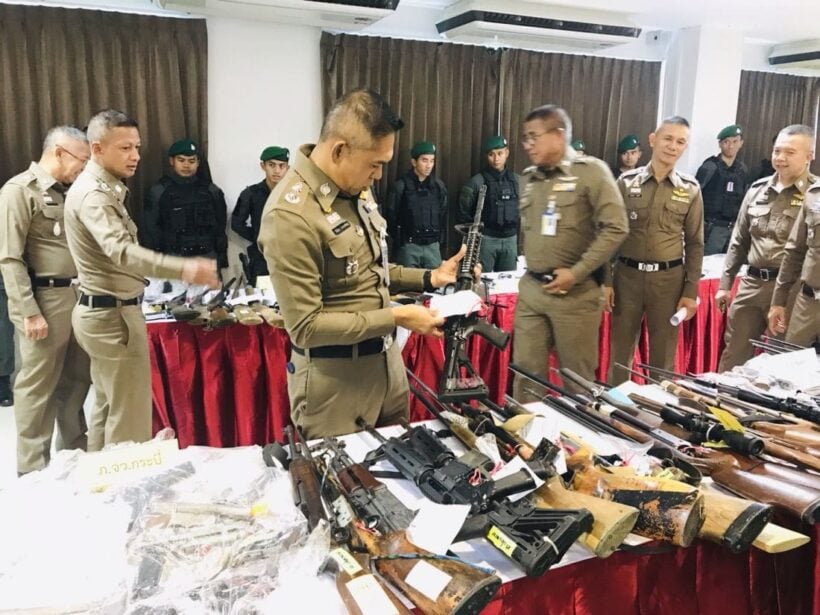 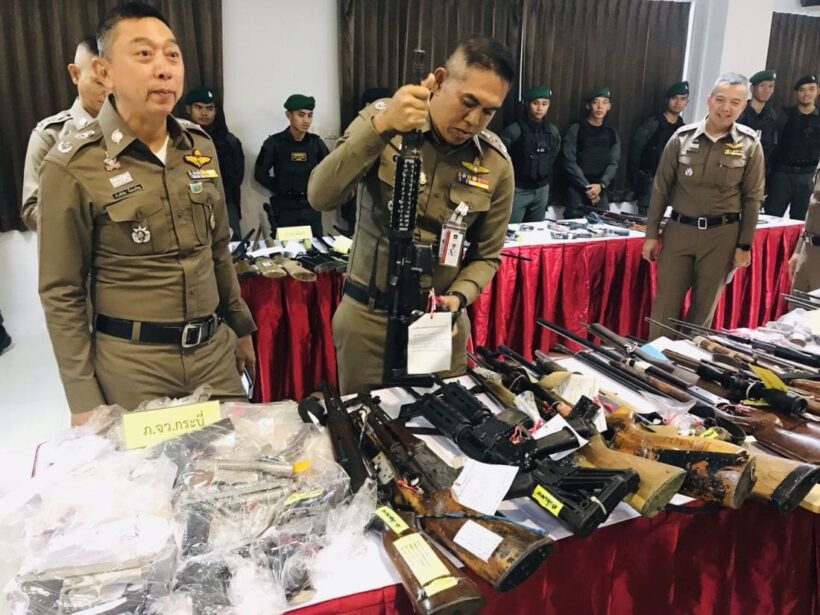 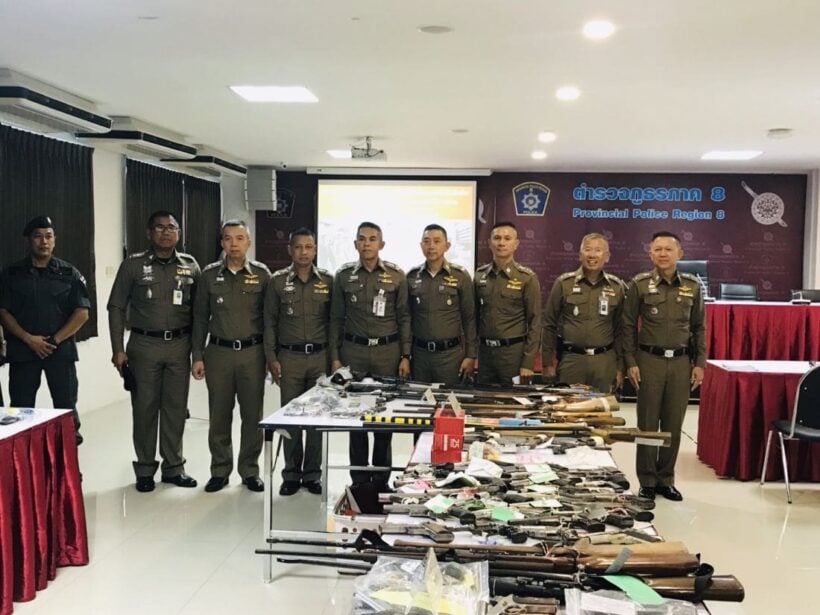 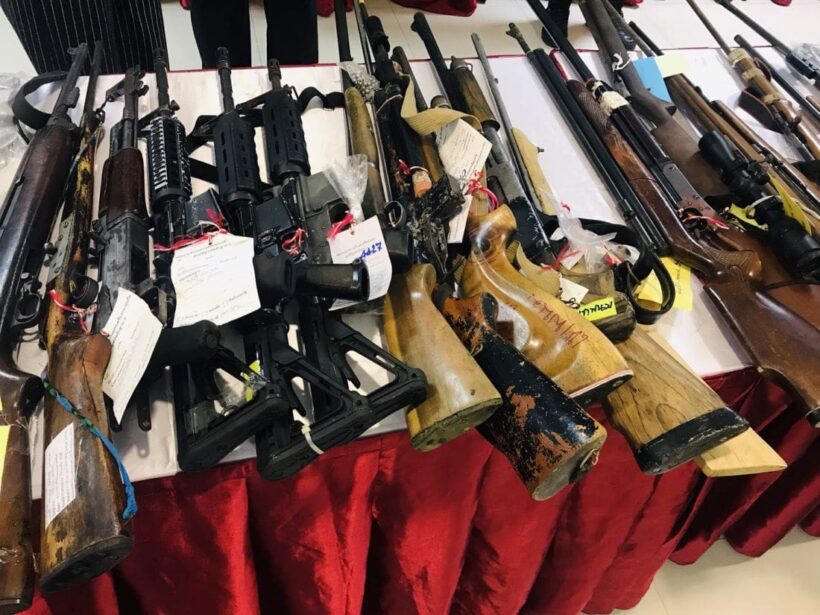 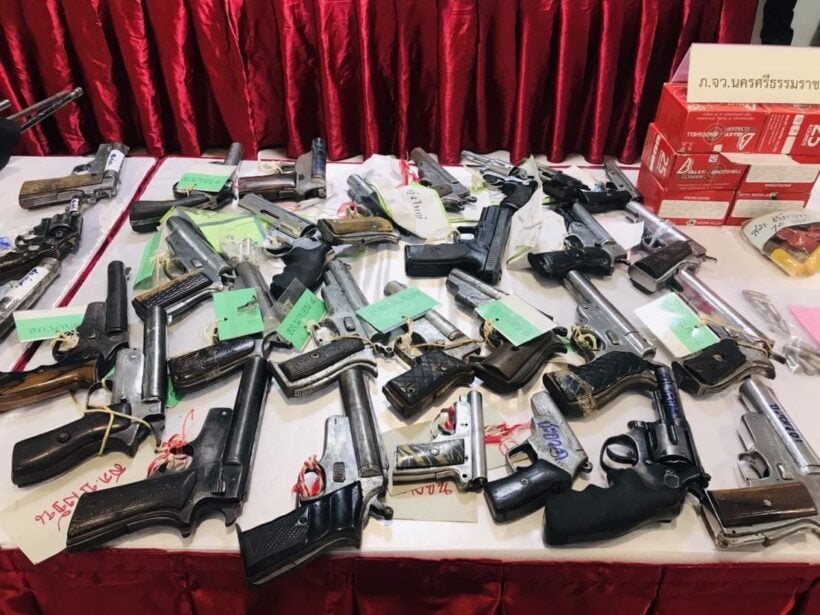 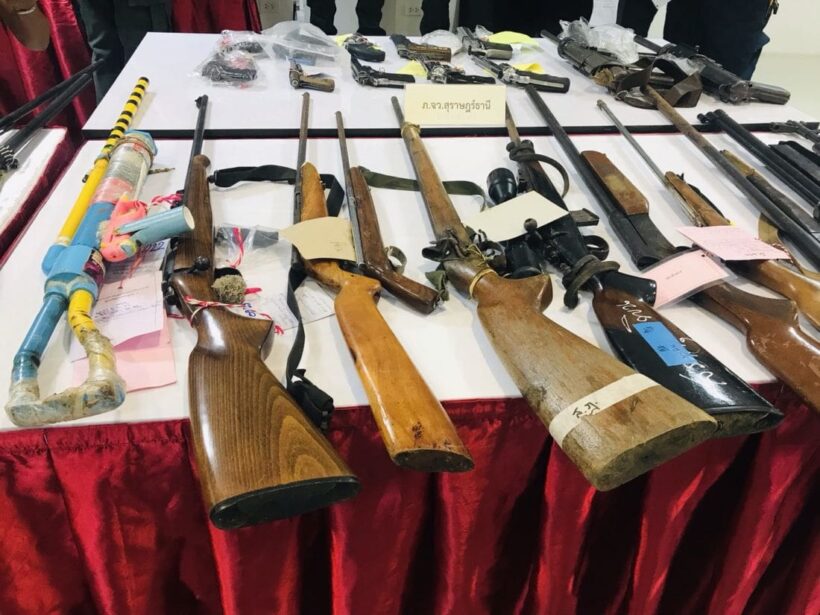