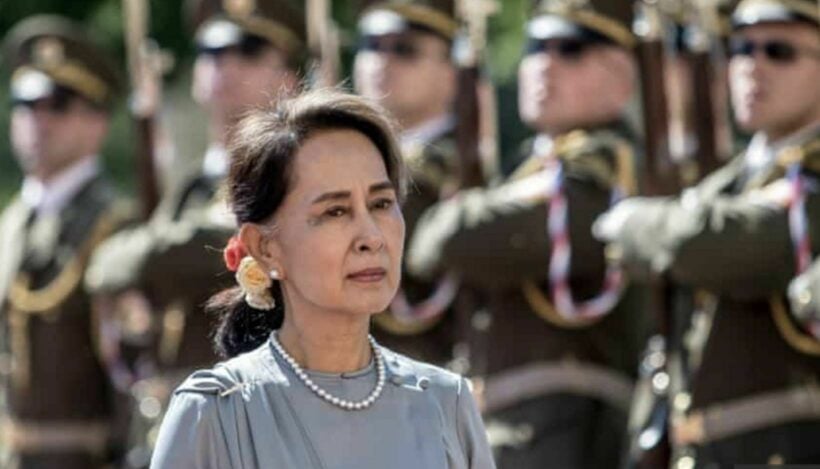 Myanmar’s leader, officially the incumbent State Counsellor, Aung San Suu Kyi, along with other senior government figures have been arrested and detained, according to a spokesman for the governing National League for Democracy, Myo Nyunt.

“State Counsellor Daw Aung San Suu Kyi and some other senior figures are being detained in Nay Pyi Taw.”

There has been days of escalating tension between Myanmar’s civilian government and the military, who still retain a de facto constitutional control of the country, following last November’s general election which the army claims was “fraudulent”. Aung San Suu Kyi’s ruling National League for Democracy won the election in a landslide.

The newly elected lower house of parliament was due to convene this morning (Monday) but the military is calling for a “postponement”.

Some in the leadership of the Burmese military have openly circulated inflammatory statements regarding possible electoral fraud. The US embassy, along with 16 other countries including former colonial power Britain and EU countries, released a statement last week urging for the military “adhere to democratic norms”.

“We oppose any attempt to alter the outcome of the elections or impede Myanmar’s democratic transition.”

The NLD claimed victory after an election in November 2020, the country’s second democratic ballot since the end of military rule in 2015. It captured 396 out of 476 seats, paving the way for another 5 year term. The military-backed Union Solidarity and Development Party won only 33 of the 476 seats.

Aung San Suu Kyi was a hero of democracy in her home country of Myanmar, for being both a former political prisoner who spent 2 decades under house arrest, courtesy of the military government, and was the daughter of assassinated independence icon, Suu Kyi.

Since Suu Kyi and the NLD won a landslide victory back in 2015, she has been Myanmar’s de facto leader and held the position of state counsellor . She was unable to take on the position of President as she was constitutionally barred from the position, although she has been recognised as the Burmese leader internationally.