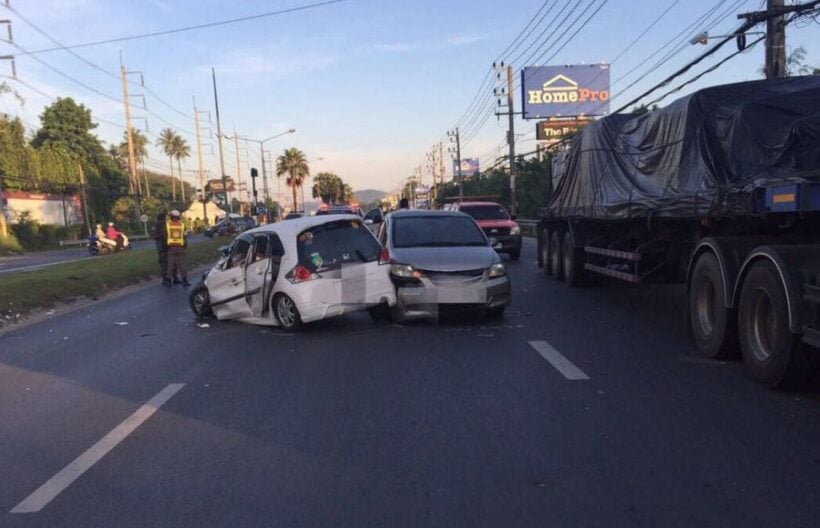 PHOTO: Sad death of a one month old in an accident on Thepkasttri Road, four days ago

According to statistics issued by the Department of Disaster Prevention and Mitigation, Phuket Office, the island registered 4 accidents, 5 injuries and zero deaths on the final day (January 2) of the annual seven day road and marine safety campaign – the Seven Days of Danger.

Of five injuries, one is a 30 year old Ukrainian tourist who had a motorbike accident in Kamala.

The final toll for the seven day campaign this year in Phuket is 55 accidents, 53 injuries and six deaths.

In total 33,152 vehicles were checked at checkpoints around Phuket where 3,273 drivers have been charged with not wearing helmets – the highest amount of charges found in the campaign.

The number of deaths over the seven days of the campaign, compared with last year is 4 more deaths – last year the total was 2 deaths.