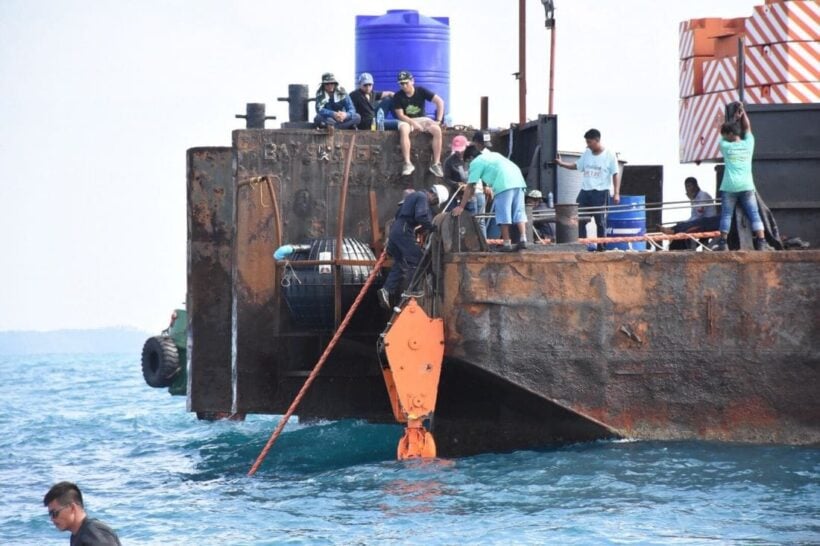 The salvage operations for the ‘Phoenix’ have become mired in poor arrangements and unsuitable weather since operations began several months ago. Now, one person has died during the operations.

On September 29, around noon, 37 year old Nipat ‘Jos’ Gladnak died during the salvage operation. It’s reported that Khun Nipat fainted whilst standing at the back of the salvage boat. He fell off the boat into the water. He was immediately retrieved from water and rushed to Vachira Phuket Hospital but was later pronounced dead.

Khun Nipat was from Chumphon. He was working for a company contracted to assist in the salvage operation.  We was working on the project since the Phoenix was discovered underwater. He also helped to search for belongings of Phoenix boat victims and getting the salvaged property back to the survivors. His body has been repatriated to Chumphon.

The Phoenix remains submerged. The operations to try and salvage the vessels are scheduled to restart again on October 4.

The Phuket Marine Office’s Wiwat Chitcherdwong says the vessel is now 10-20 metres up from the sea bed. Balloon tanks with slings are being used to hold and stabilize the boat. The operation continues to struggle with poor weather.

The salvage operation will continue again on October 4. Equipment is again being checked to make sure that the boat is ready to be moved to shallower water area around 25 metres deep. After that, more balloon tanks will be added to float the boat to the surface and then to Ratanacha Shipyard in Rassada.