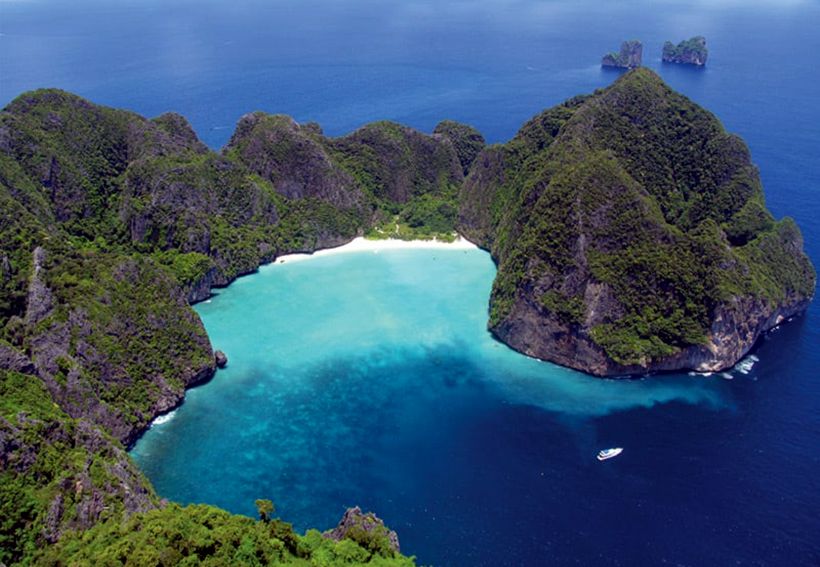 The four month closure of Maya Bay on Koh Phi Phi has failed to restore the beach area as anticipated.  So the national parks authority has issued a letter extending the closure of the bay.

Sanook is reporting that no date has been announced when the famous bay would be re-opened again to tourism – just that the area needs to recover first.

Worapot Lomli, the chief of Hat Noppharat Thara–Mu Ko Phi Phi says, “more than 1,000 corals are being installed at Maya Bay. Trees are also being planted on land nearby. Experts realise that it is too fast to open Maya Bay at this stage.”

The original order closing the bays was announced in May and effective from June 1st until the end of September. An initial month was added to the recovery period but has now been extended indefinitely

Some experts say that four months was not sufficient to allow the area to recover, a situation now accepted by head of Thai national parks Thanya Netithammakun in his letter ordering the continued closure.