A beer truck overturned in Rassada this morning where beer cans were scattered on the road outside a 7-11.

Police were notified about the incident early today at Soi King Kaew in front of a 7-eleven in Rassada.

At the scene they found thousands of beer cans scattered all over the road. Locals couldn’t believe their luck and madly did their best to ‘assist’ with the clean up operation.

The truck driver says he had secured the beer cans with ropes and ties. When he arrived at the curve in the road he says he lost control of the truck and collided with roadside food stalls. Beer bottles slipped off the truck and scattered all over the road.

Police are investigating the incident and have taken some samples of the ‘debris’ back to the police station for further assessment.

TRAFFIC ALERTThis morning at Soi King Kaew in Rassada, a beer truck overturned spilling its load all over the road. Some quick locals gathered their weekend supply. VIDEO: Mana Sombat

Posted by The Thaiger Radio on Thursday, January 10, 2019 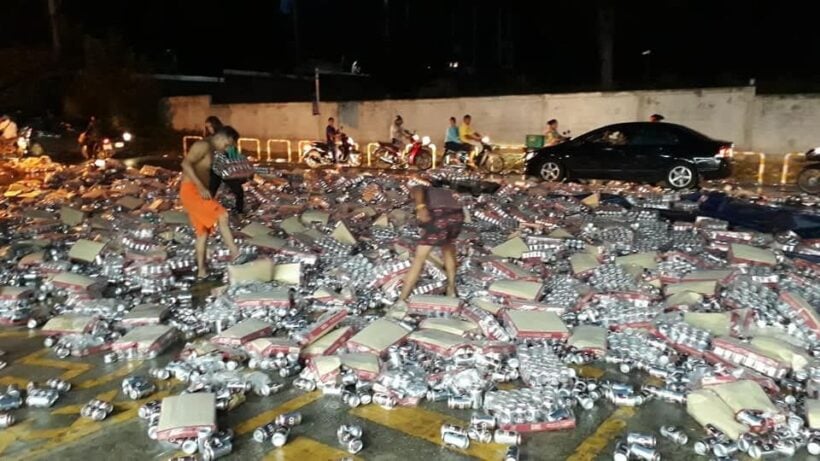 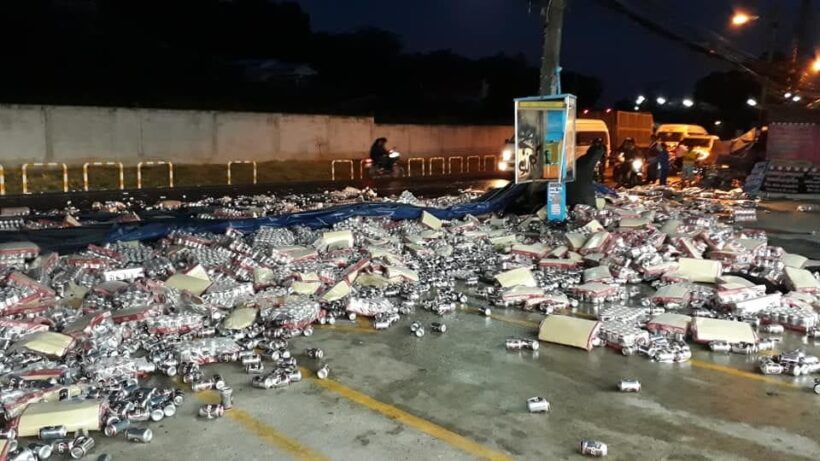 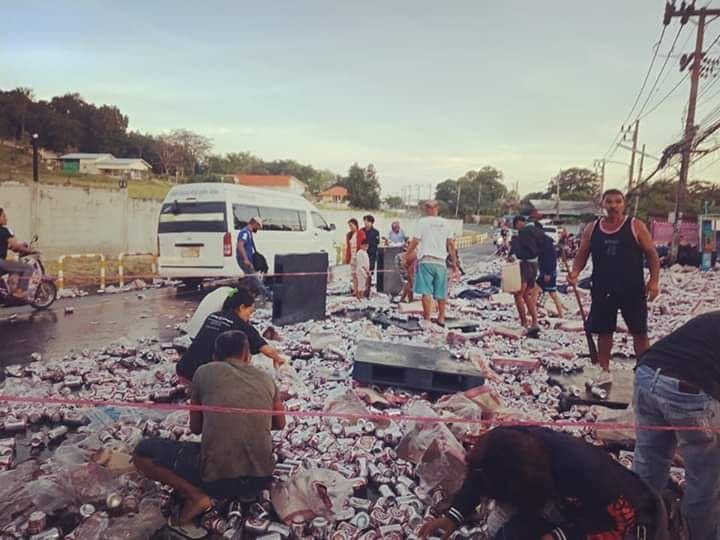 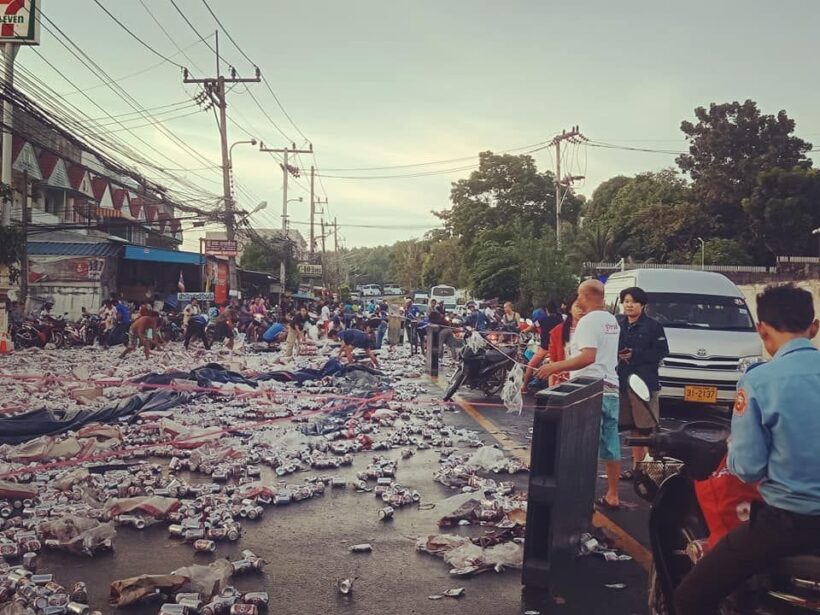 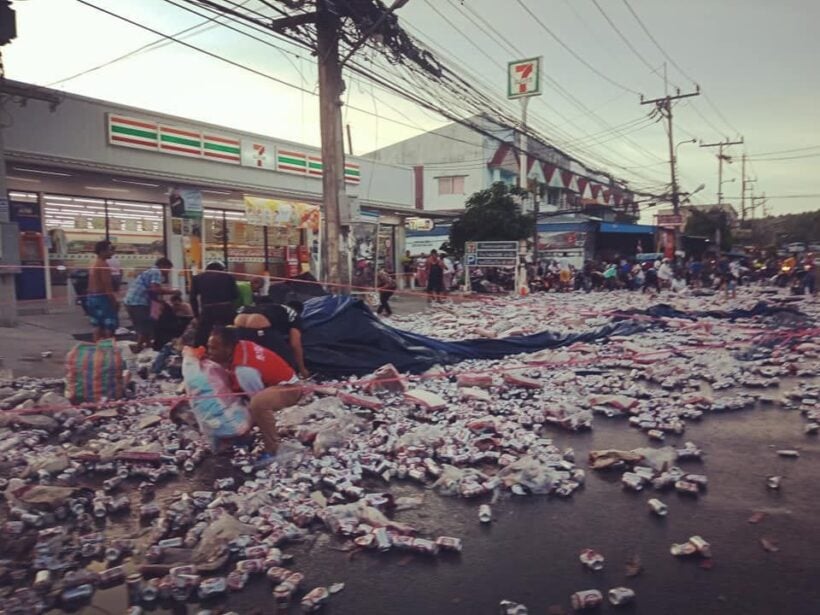 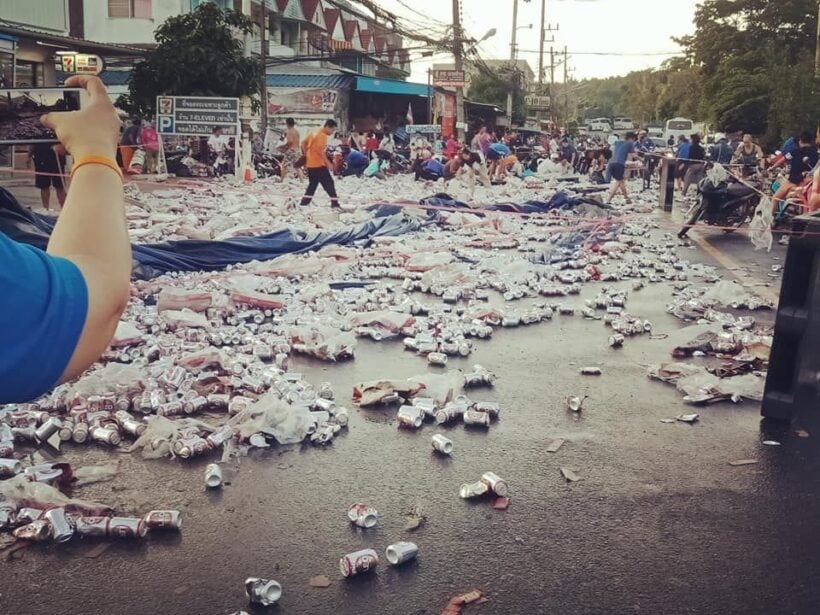