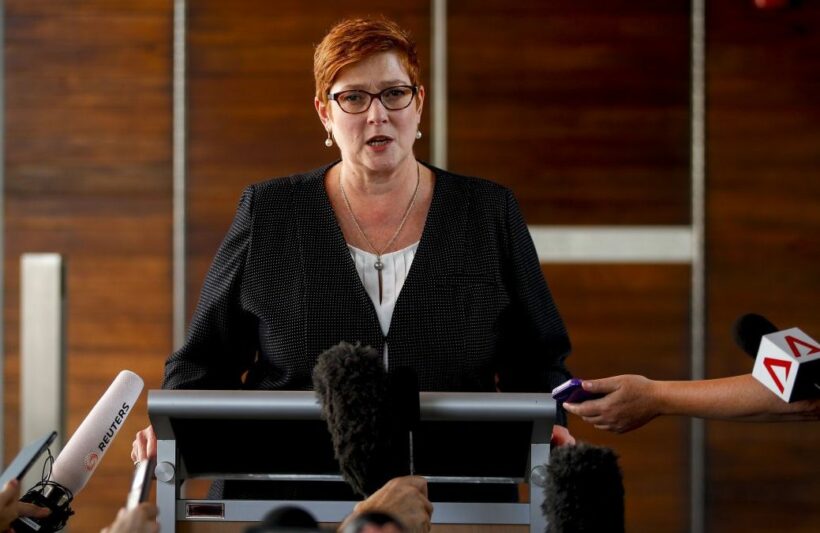 VOA News is reporting that Al-Qunun, who barricaded herself in a hotel at Bangkok airport to prevent officials from deporting her after fleeing her family in Kuwait, has been granted refugee status by the UN refugee office and hopes to receive asylum in Australia.

Yesterday the Australian Foreign Minister made it clear that Rahaf Mohammed al-Qunun won’t be taking the plane back to Australia with her.

“There is no possibility that Ms. al-Qunun will be going back with me today. That is because there are steps which are required in the process which Australia and any other country considering such a matter would have to go through. We will go through those according to our own system and our own process.”

When pressed if Australian immigration officials had cancelled al-Qunun’s visa after she was arrested, Payne declined to comment.

“Don’t let anyone break your wings, you’re free. fight and get your RIGHTS!”

She said she also raised the case with FM Don of Australian permanent resident Hakeem al-Araibi, who was arrested in Bangkok more than a month ago over an Interpol Red Notice warrant issued by Bahrain — the country he fled as a refugee.

Al-Araibi is a professional footballer and was arrested while holidaying in Thailand with his wife. In 2014 Bahrain sentenced him in-absentia to 10 years for allegedly vandalising a police station. Al-Araibi continues to deny the charge and was granted refugee status in Australia in November 2017 but remains in Thai detention.