Police are hunting for a Thai motorist who attacked an Italian motorcyclist with a hammer in Chon Buri, breaking his arm.

The victim was 40 year old Denti Samuele who was taken to the Chon Buri Hospital after the assault. The incident happened in front of the Lotus shopping mall in Tambon Samed, Chon Buri last night around 10pm.

The man’s Thai girlfriend, 25 year old Paritra Klaewklangsuek, who was a passenger on his bike, told police that Samuele had suffered from a broken leg in an earlier motorbike accident and didn’t ride his bike fast.

She said they noticed a Honda car was trailing closely behind their motorcycle and tried to keep out of the way, but the sedan stopped in front of them.

She claims an angry, drunk Thai man got out of the car wielding a hammer. He accused her boyfriend of drunk driving and struck his right arm with the hammer. She said she fought back with her boyfriend’s leg crutch and the attacker ran back to his car and fled the scene.

Police are checking security footage in the area. 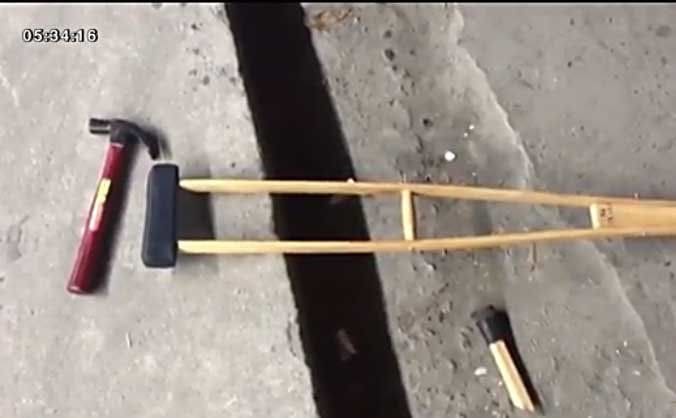