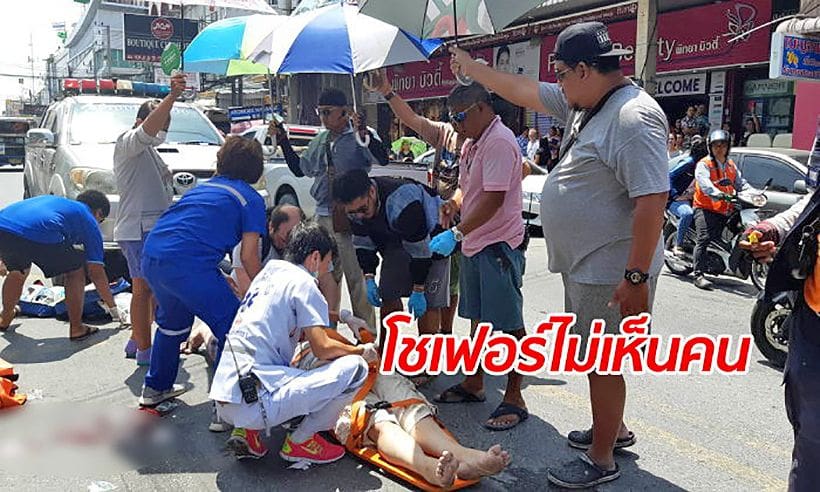 A foreign man remains in a serious condition after being knocked down and dragged under a Chinese tour bus in South Pattaya on Friday.

Tourists on the bus were horrified as the tourist was pulled out from under the bus. The man’s left arm was detached and he was unconscious, according to Sanook.

Sawang Boriboon foundation medics performed first aid at the scene by bystanders rushing to provide shade with their umbrellas.

The man was stabilised then rushed to Muang Pattaya Hospital. His identity and nationality have not been revealed.

The 47 year old tour bus driver, Parinya, claims he didn’t see the pedestrian. He says he only became aware of the issue when a member of the public screamed that someone was being dragged under his bus.

The accident happened in the road leading to South Pattaya around 11.30 am Friday morning.