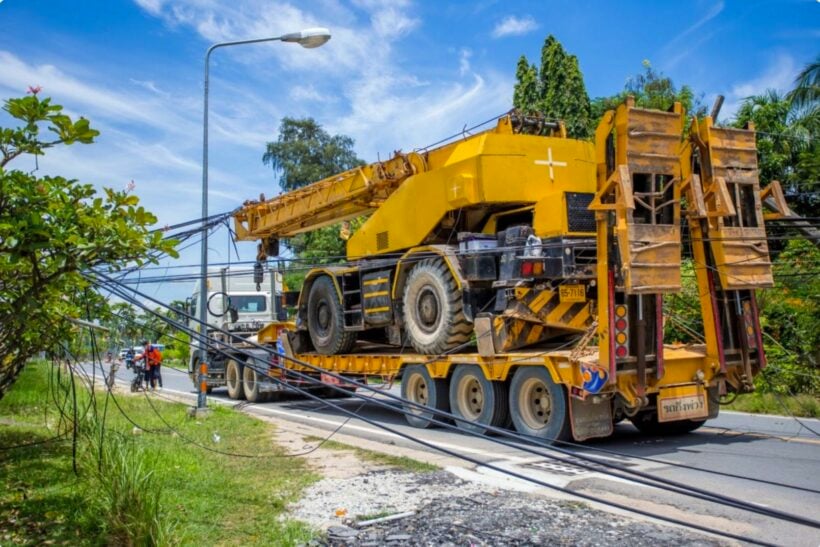 A transfer truck moving a crane got stuck on a power line and brought down down more than a dozen power poles in the eastern province of Chon Buri’s Banglamung district yesterday. It happened in the late afternoon on Banglamung Road near Soi 13 and Soi Sri Suwit.

The downed power poles blocked the road and required electric and communication systems to be shut off for hours.

The truck driver, 48 year old Narong Kampean, said that as soon as he he realised the crane had hooked something above he tried to stop the truck quickly.

After many hours, power company staff eventually fixed the power poles and lines. It’s not known whether the driver will face charges relating to the incident. Cabling fire cuts comms and electricity to parts of Pattaya