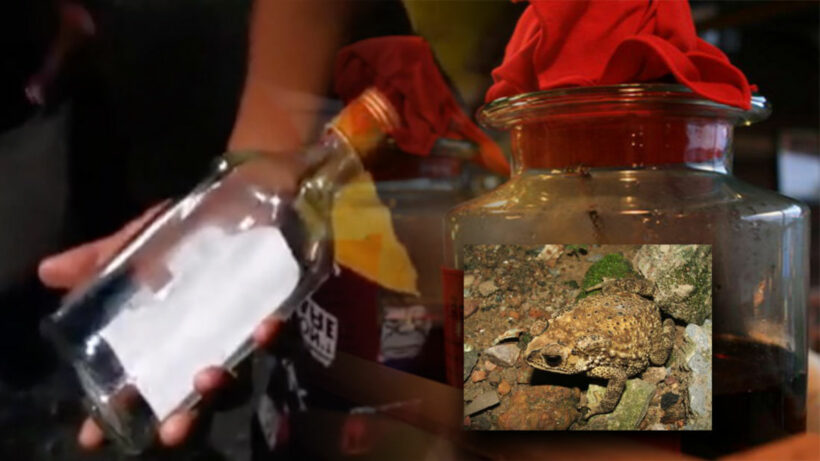 A dangerous concoction of herbal alcohol known as ya dong, mixed with poisonous toad blood, has left one man dead, three others in a coma, and ten seriously ill in Chonburi province.

The Pattaya News reports that the incident happened in the sub-district of Samet, with local police notified after a man was found dead at Samet temple on Monday evening.

He was named as 47 year old Winai Promsri and his death is being blamed on drinking herbal alcohol mixed with blood from a poisonous toad. A local Samet doctor has urged people not to consume any part of an animal that would not normally be eaten.

The man who sold the bootleg alcohol from his shop is now on the run. The Pattaya News reports that in the last three days, three people have been left in coma after drinking the alcohol, with ten others seriously ill after buying ya dong from a stall.

Hotel guest in Chiang Mai runs up bill of nearly 50,000 baht before fleeing