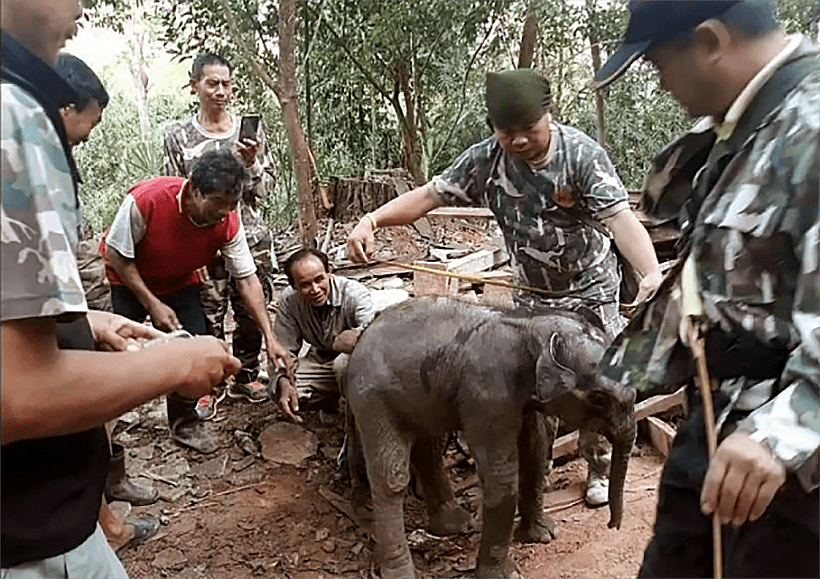 A baby elephant has been rescued from an unused drain in Bueng Kan’s Boongkla district in far north east Thailand this morning.

Local villagers of Ban None Phaisarn in Tambon Khokkwang contacted officials of the Phu Wang Wildlife Sanctuary after they found the baby elephant trapped in the 2 metre deep well in a rubber plantation.

About 20 officials and villagers managed to get a rope under the front part of the baby elephant and pulled it to safety from the 80 centimetre wide hole. The calf appeared about eight to 12 months old and weighed about 80 kilograms.

Thaweep Khamphaengnua, chief of wildlife sanctuary, says the elephant might have fallen into the well last night. He said the elephant had no sign of injury and will be checked out and its herd located. 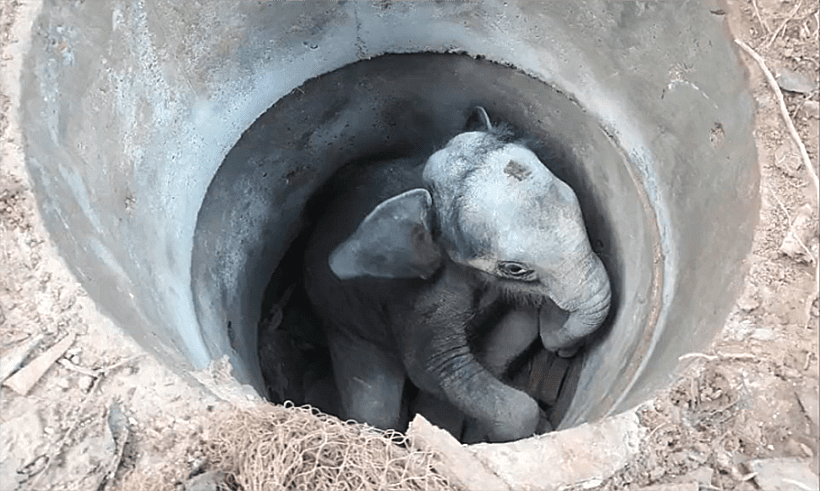 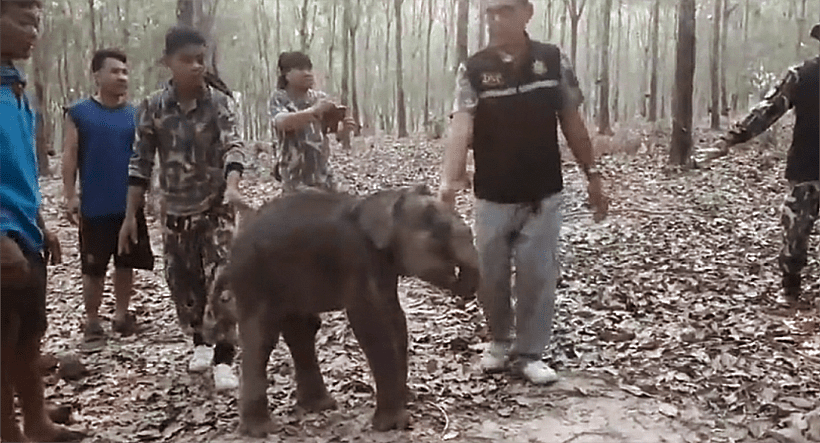