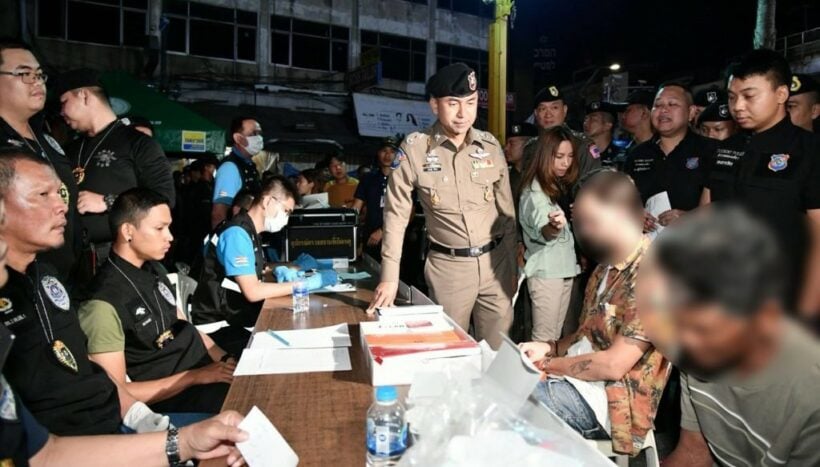 The Thai Tourist Police have executed the 20th raid in their “X-Ray Outlaw Foreigner” campaign. Again, they’ve turned up dozens of foreigners on overstay and people entering the Kingdom illegally.

Eighteen schools were raided for illegals including three international schools and 2 language institutes.

Pol Maj Gen Surachete Hakpal – aka ‘Big Joke’ in the Thai media – spoke at 2 am this morning, near Khao San Road outside the Chana Songkhram Police Station (does this man ever sleep?!).

An additional 46 people were arrested for illegal entry – 23 from Myanmar, India 9, Cambodia 7, Laos 5 and Vietnam 2 people. Ten people from Myanmar, three Thais and one Nigerian were arrested on other matters. In total 75 locations were raided. This number included 13 regular schools, three international schools and two English language schools.

Thaksin slams Thai ‘democracy’ on the celebration of his birthday