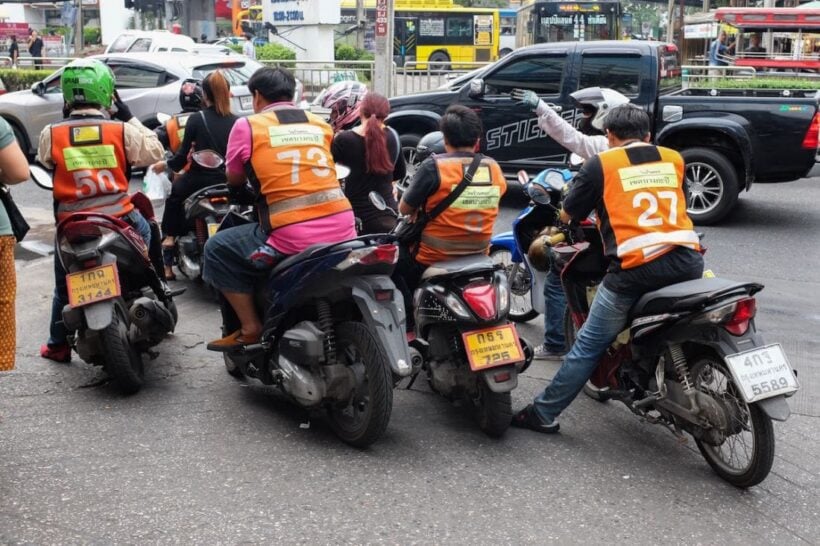 As Bangkok becomes busier, limited space for motorcycle taxi stands is becoming a critical problem with many of the crews taking up road space or spreading themselves randomly out around public pavement areas. The boys in the orange vests provide an important part of the Bangkok public transport mix but the BMA were getting many complaints.

The city administration is coming up with a design for motorcycle taxi stops that will be erected on some street pavements which are wider than 4 metres next month. Motorcycle taxis will be confined to these spaces which will be clearly marked with motorbike taxi stand signs.

As for sidewalks less than 4 metres in width, the BMA plans to consult with private landowners for the use of small portions of their land to make room for the motorcycle taxi stops.

The city administration has been trying to solve the problem of illegal parking on street pavements by motorcycle taxis but with little success because it does not have the sole authority to tackle the problem which is within the jurisdiction of a four-party panel comprising the BMA, the Land Transport Department, the police and the military.