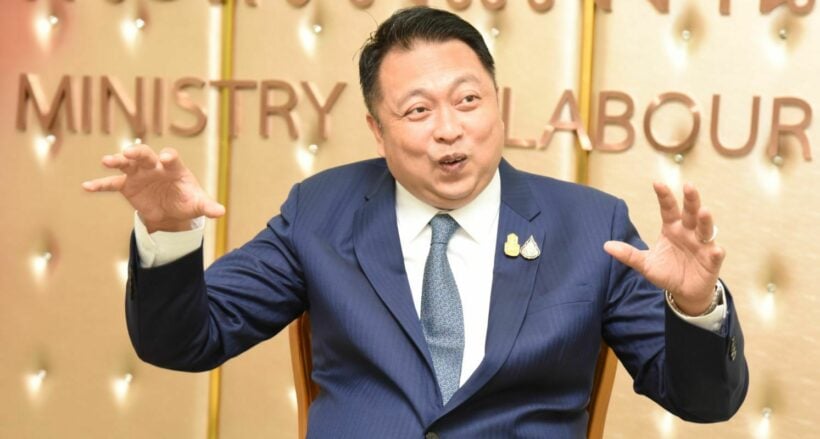 Thai and Saudi officials say labour relations between their countries are strengthening following renewed relations. Thailand’s labour minister said over 1,000 people have registered online with the Department of Employment to apply for jobs in Saudi Arabia. He claimed the final remaining step is signing a bilateral labour agreement, which is expected to occur soon. The agreement will allow Thailand to export labour to Saudi Arabia.

The department is vetting Thai job seekers’ qualifications and testing their skills, and matching them to corresponding jobs in Saudi Arabia. Saudi Arabia has meanwhile stopped banning poultry imports from Thailand, opening trade opportunities. Thailand’s labour minister said he is confident that labour exports to Saudi Arabia will begin in time.

Earlier this month, Thailand’s cabinet approved drafts of the agreement letting Thai workers work in Saudi Arabia. They will be extended for another five years unless one or both parties decide against it. Both countries will cooperate to make sure recruitment and employment is fair to employers and employees.

DwizzleyMatthews
52 minutes ago, Stardust said: I also waa thinking about what kind of jobs they apply for and as Thailand is on a downfall with their education system and no skilled labours as a result of it, what can they…
Marc26
45 minutes ago, Stardust said: Yes this I forgot sure. Like around the world. Thais who are skilled and educated in Europe they have enough possibilities in europe or any better destination around the globe than Saudi Arabia and if…
Stardust
1 hour ago, DwizzleyMatthews said: I worked in a couple of large manufacturing plants ( installing machinery ) in Saudi Arabia, the workforce was around 90% Thais and Filipinos, from cleaners to line production workers and from maintenance technicians to…
DwizzleyMatthews
49 minutes ago, Stardust said: When was it? Because the conditions and sallaries are no more like it was in the past. As example the reports from the construction workers from India and Pakistan or the Phillipinos who worked mostly…
Stardust
1 minute ago, DwizzleyMatthews said: Last time was 2015 , so yes I might be a bit out of date. My last time in this region (Dubai) was 2017 and I noticed the fast changes there compare a few years…