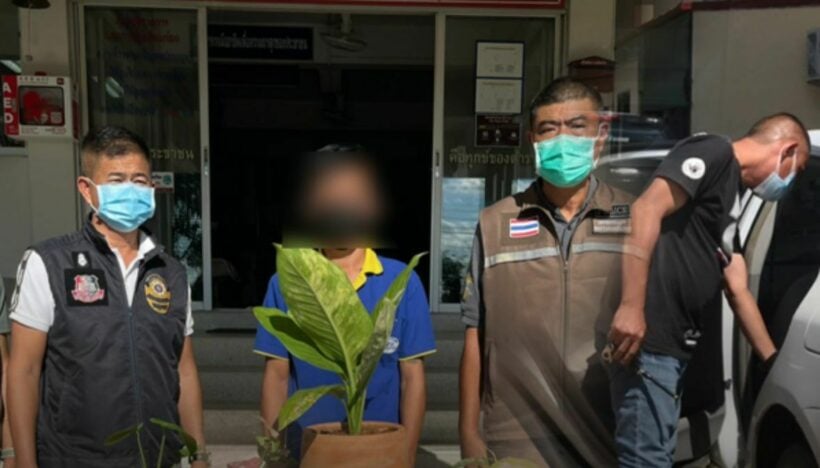 Police arrested a man who allegedly stole four expensive potted plants from outside a home in the eastern province Sa Kaeo. Officers say the plants are valued at 18,500 baht.

The stolen plants include the Dieffenbachia valued at 7,000 baht, Variegated Arrowhead Vine valued at 3,500 baht, Syngonium Pink Spot valued at 3,000 baht, and the Monstera Thai Constellation valued at 5,000 baht.

The superintendent of the Watthana Nakhon Police Station says a 34 year old identified as Ekaphon was found in possession of the four plants. He was charged with theft and police have seized his vehicle.

The 27 year old homeowner, identified as Sirilak, who owned the plants, says the plants were stole a few days ago shortly after midnight.

KaptainRob
1 hour ago, shanghailoz said: If thats one of the "tree's" in the photo, wondering how they're worth that much Are Thaiger members really interested in petty theft reports? 🙄  Those potted plants (NOT trees) are barely worth 5k baht total!  The…

King Cotton
11 minutes ago, KaptainRob said: My wife propagates house plants like these as a hobby, for sale online among our community. For a moment, I thought I was going to have to book you for a Monstera spam.

BuffaloWhisperer
2 hours ago, Thaiger said: 34 year old identified as Ekaphon He was potting this crime for a long time. But, now he's promising to turn over a new leaf.

Faraday
I doubt that Kh Sirilak will be very frond of Ekaphon.