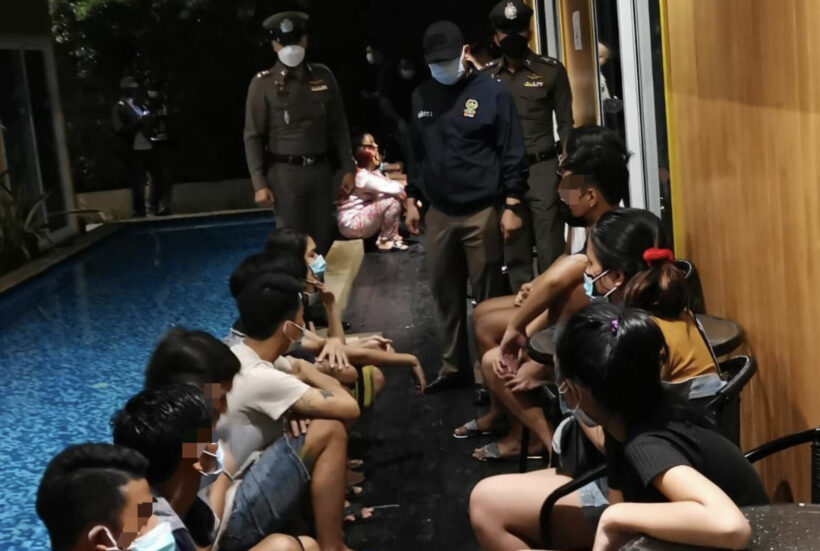 Police raided a birthday party at a resort in Bangkok and arrested 28 people for violating emergency orders which prohibit gatherings of more than five people. Sutthisan police officers raided the resort in the Ratchadapisek area at around 3:30am today and arrested them for violating the disease control measures.

Bangkok is classified as a “dark red” zone under maximum control with a 9pm curfew, business closures, travel restrictions, and a ban on gatherings of more than five people.

Police received a call about a party held at the resort. Officers say 28 young people and teenagers were found mingling at room number 39 of the resort. Some reportedly told police they were celebrating a friend’s birthday. They were taken to the Sutthisan police station and charged with violating Section 9 of the Emergency Decree Act.

AlexPTY
all these parties are going on everywhere and i am not invited...
Leo
The Sutthisan area is known for its new condos and its old glitzy gaudy massage parlors catering to Thais. But why should a pesky little thing called Covid stop the birthday celebrations.