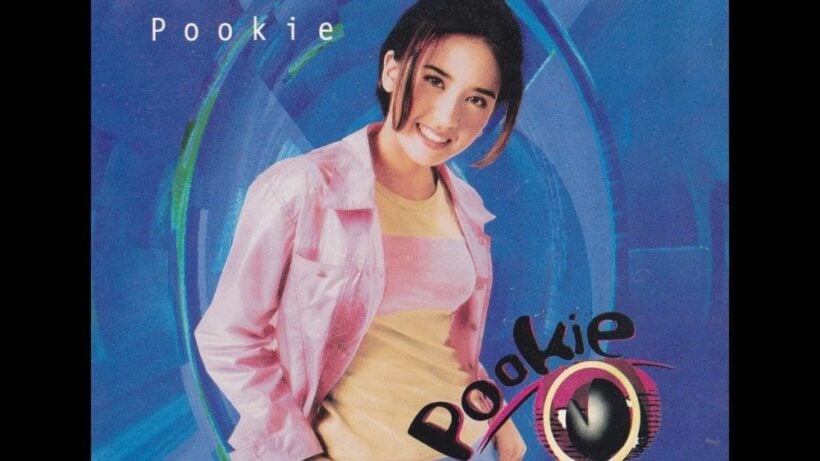 Former singer Prissana or Priscilla “Pookie” Gemelli will testify at a hearing into alleged drug trafficking offences on September 17, along with four accomplices, one of whom is her husband, Cholawit Keetatrakul.

A judge at Ratchadapisek Criminal Court postponed the hearing yesterday to ensure all defendants would be present.

The 40 year old singer and her 49 year old husband were arrested in June for allegedly selling over 5 kilos of ketamine, which was hidden inside ashtrays packed in 4 cardboard boxes. The drug was being sold to Taiwanese national Hung Cheng Yi, aged 28.

When police arrested Hung at a hotel in Bangkok, he named the singer and her husband as his suppliers. Police then searched Prissana’s home in the Bang Khen district of Bangkok, confiscating over 98 grams of crystal meth, 4 grams of ketamine, 40 grams of marijuana and a number of meth and ecstasy pills.

Prissana and her husband have remained in custody since, as has Hung. Two other suspects – Kantorn Kaeokrachang, aged 28, and his 27 year old girlfriend Tarinee Khaobundit – who were arrested a week later in Surat Thani for allegedly supplying the drugs, were released on bail and ordered to appear in court for the September 17 hearing.

All 5 defendants are accused of conspiring to supply drugs and procure drugs for trafficking during the period from April to June 17. They are accused of being part of a drugs network lead by one Yung Chin Wang.

It’s alleged that Prissana and Chonlawit obtained the drugs from Kantorn, who was helped by Tarinee, who used other people’s bank accounts for the financial transactions.

The singer and her husband then supplied Hung with the drugs, which he then smuggled to Taiwan.