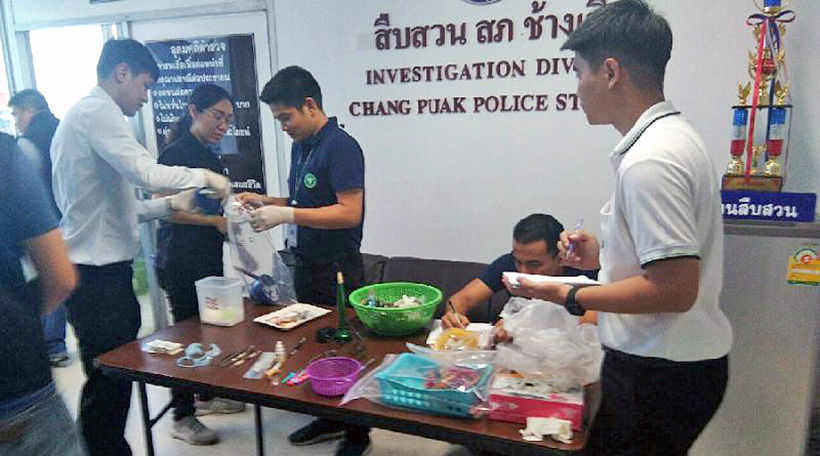 The Chiang Mai Provincial Public Health Office has arrested an unqualified or registered dental retainer seller that used to work as a dentist assistant. She has been selling the fake retainers to customers online via Facebook. Nattawut Prasertsiripong, from the Department of Health Service Support was contacted to take legal action against the woman making fake retainers and fake braces for residents in the northern capital.

The seller had already accumulated over 10,000 followers on her Facebook Page “Retainer Chiang Mai Braces BM” (in Thai). Together with the Chiang Mai Police, they went to investigate the property at the address listed on the page. They discovered that the woman lived in the main city of Chiang Mai and that she used to work as a dental assistant where she gained the knowledge to become a fake dentist.

Officials say there have been many cases of bad teeth related to fake retainers and fake braces in Thailand because some group of teenagers believes that wearing a retainer or having braces is a sign of having money and that it also “looks cute”. Often times these retainers sell for only 100 – 1,000 baht. The metal used is often heavy metals including wires from clothes hangers and is very dangerous.

The fake dentist currently has 3 charges against her…