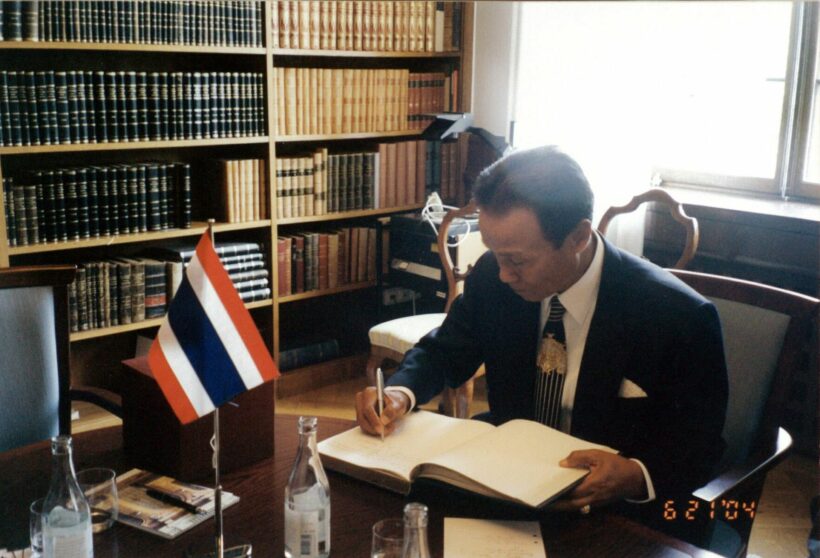 A prominent MP, formerly part of the Democrat Party, has resigned and joined the opposition Move Forward Party. The MP, Tawil Praisont, said he had been considering leaving the Democrat Party for quite some time because it didn’t want to decentralise local administrative organisations, especially after Thailand’s 2019 general elections.

Tawil said he started to regularly meet with a Move Forward MP, and realised the Move Forward Party shared his views on this issue.

This is a major loss for the Democrat Party, which already suffered major losses in popularity in 2019 when it only gained 50 seats nationwide, coming in a poor fourth behind Palang Pracharat (the ruling party), Pheu Thai and the (now disbanded) Future Forward Party (now reconvened as Move Forward). The party leader at the time, and their prime minister nominee, Abhisit Vejjajiva, resigned after the poor showing in the general election.

Tawil leaving now adds even more problems for the weakened party, particularly in legal affairs, since Tawil is a key legal expert. A party spokesman said he is “shocked” and regrets Tawil’s departure.

2022 will probably be an exciting year in Thai politics (unless you’re the PM or the ruing Palang Pracharat party), with gubernatorial elections happening for the first time in nine years in Bangkok. There is also another censure debate proposed for May, where the Thai opposition will try and attract some coalition support in a no-confidence motion of the Thai PM.

The ruling Palang Pracharat party recently expelled 21 MPs, and suffered some voluntary desertions, leaving it with a slim majority of 254 seats (out of 500).

Stardust
The writings are on the wall and daily we see politician from the government resign and move to other parties.