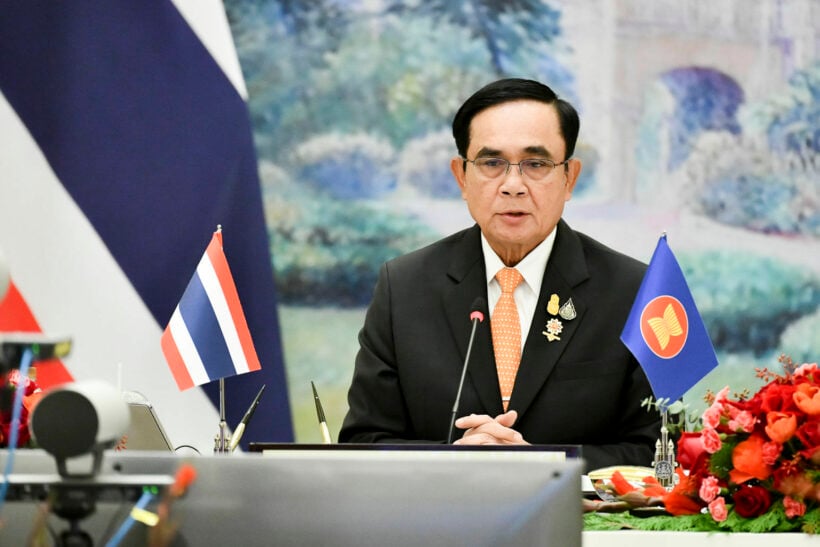 PM Prayut Chan-o-cha is stressing that Southeast Asian nations follow Thailand’s lead in reopening borders to get tourism back up and running in the wake of the Covid crisis. Prayut addressed the issue via teleconference at the annual ASEAN summit, which this year is taking place online, telling other members the region should be weighing up steps to allow for safe travel to revive its economies.

As reported by the Bangkok Post, Prayut also said the ASEAN Travel Corridor Arrangement Framework, designed to facilitate business travel among members, should be put into practice. Among the measures ASEAN members can take, Prayut pointed to the requirement for mutual recognition of vaccines and vaccine certificates, enabling business travel at first and later tourism.

In light of this, Prayut highlighted the example of Thailand, which has undertaken a number of initiatives to promote tourism, and which is poised for further reopening. He told members that “Thailand has already opened up pilot areas under the Phuket Sandbox program to welcome foreign tourists and will gradually open up more areas”.

Among other measures the region can take to promote economic growth, Prayut stated that “ASEAN must avoid unnecessary measures that may hinder the movement of goods to ensure supply chain connectivity during the pandemic”. To this end, he said that ASEAN should be looking to “make greater use of the intra-ASEAN market” to stimulate the regional economy.

Prayut added that Thailand intends to submit the instrument of ratification for the Regional Comprehensive Economic Partnership, designed to deepen ASEAN’s engagement with a number of partners, in early November, helping to facilitate an environment conducive to trade and investment.

palooka
18 minutes ago, Thaiger said: PM Prayut Chan-o-cha is stressing that Southeast Asian nations follow Thailand’s lead in reopening They would but they are still confused about what he is doing.
Griff1315
Why would they follow Thailand's lead, much wiser to sit back wait and see if Thailand gets an increase in covid or not. They can also judge what demand there is from foreign tourists if any.
Jason
Wise point Griff1315! Opening anything but the popular tourist destinations, (and as vaccinated as possible) is the only real reopening Thailand should consider. Until such a stage as the general population has 80% or better of the population over 12…