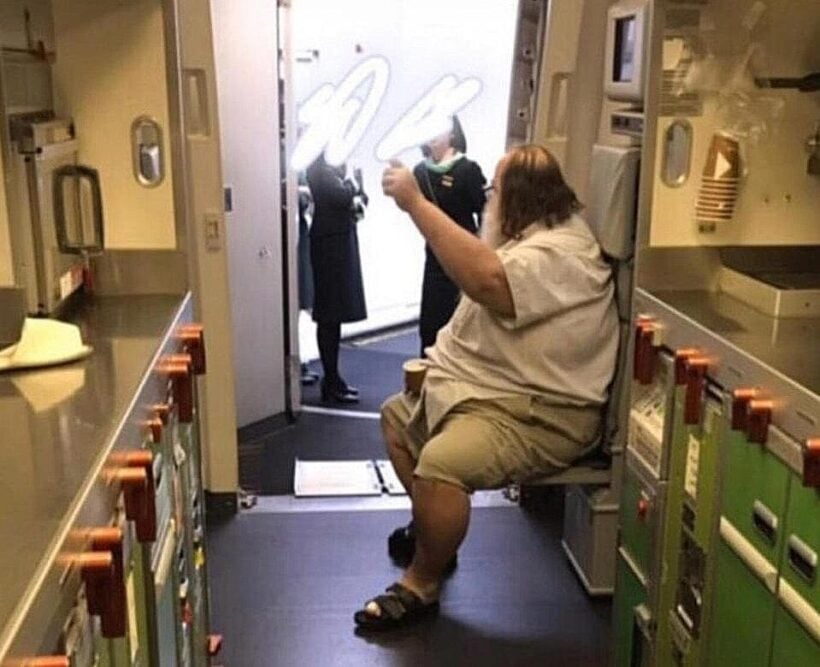 A 200 kilogram tourist, who forced flight crews to wipe his bum as he moaned with pleasure in January, has died on Koh Samui.

The American, who hasn’t been named, died whilst staying on the Gulf island due to an undisclosed illness. But he has left an indelible memory in his wake.

At the same time, as the news emerged about his demise, EVA Air were putting plans in motion to ban the oversize traveller from flying with their airline ever again.

The man shocked readers is January when he was accused of forcing cabin crew to strip him in a cramped airline toilet (remember this guy weighed 200 kilograms) and wipe his bum while he “moaned with pleasure”.

The incident occurred on an EVA Air long-haul flight from LA to Taiwan’s Taoyuan Airport and was covered extensively on world media. 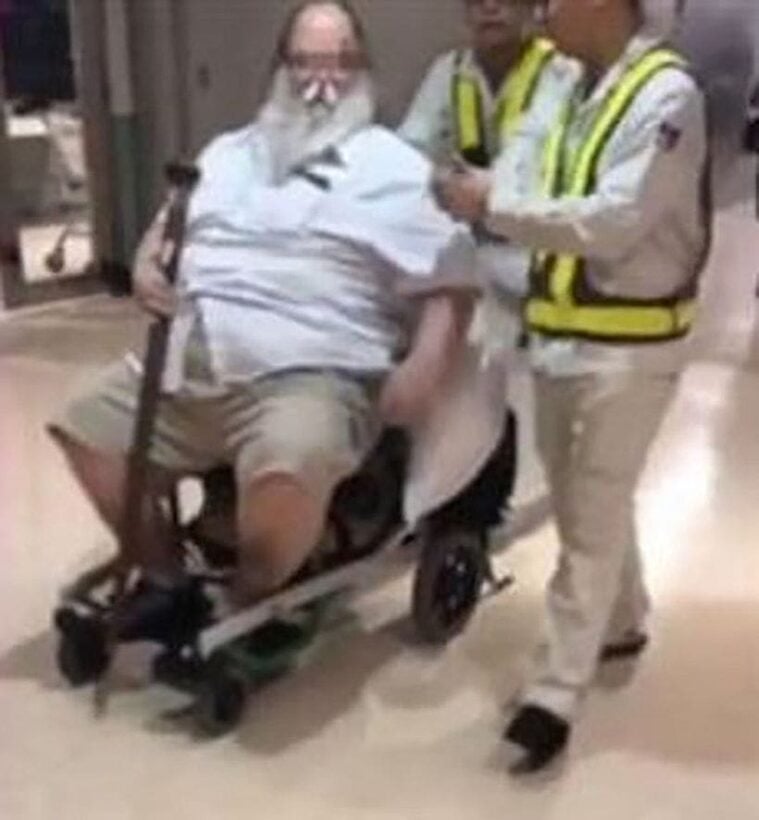 A flight attendant, who on the same flight, described how the passenger boarded the plane in a wheelchair and then insisted on having three adjoining seats in economy class due to his size. He then demanded to use the plane’s business class lavatory, as he couldn’t fit into the economy toilets.

But (put down your food if eating) while in the toilet, he demanded cabin crew strip him down so he could relieve himself, saying he had an arm injury that prevented him from doing it himself.

“I told him we couldn’t help him, but he started yelling. He told me to go in there immediately and threatened to relieve himself on the floor. As the passenger’s genitals were now exposed, one of my colleagues brought a blanket, which I used to cover his modesty.”

“But he very angrily slapped my hand away, saying he didn’t want it and only wanted me to remove his underwear so he could use the toilet.” 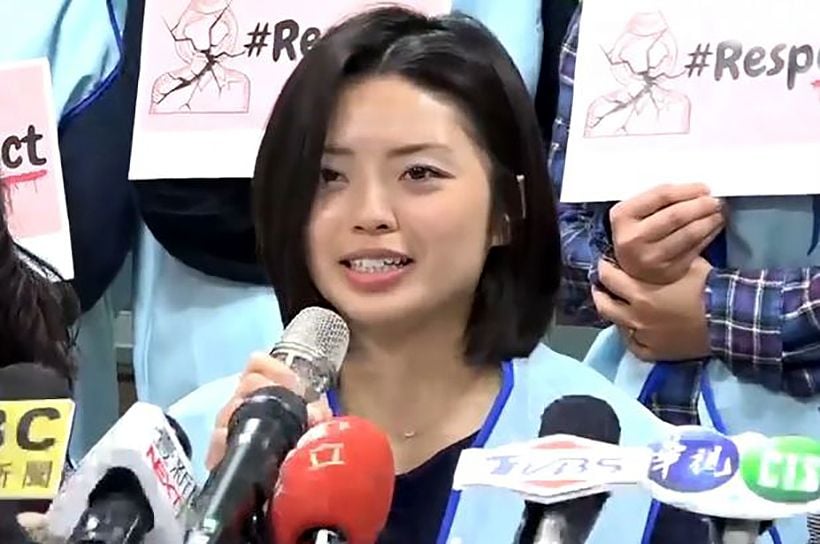 The passenger then asked crew to wipe his bum for him leading him to groan as the chief attendant fulfilled his request while wearing three pairs of latex gloves.

“He said: ‘Oh, mmm, deeper, deeper,’ and then accused my chief attendant of not properly cleaning his backside, requesting that she do it again,” recalled the attendant, who was holding onto the passenger to keep him steady.

She said the attendant repeated the action three times before the man said, “You can pull my pants back up now.”

The two female flight attendants involved, who both said they were traumatised by the incident in January, are both on extended paid leave.

The Sun.co.uk, reporting this story, says that “Party island Ko Samui – the second largest island in Thailand – is known for its prostitution and seedy nightlife.”

Despite the source, the incident has been widely reported by ‘respectable media’ on January 20 this year, and the large man has indeed passed away on Koh Samui.