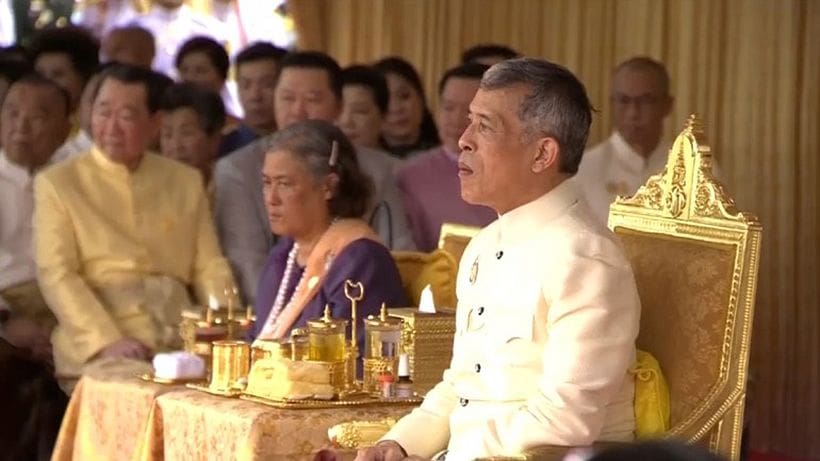 His Majesty King Maha Vajiralongkorn has agreed to sponsor the funerals for of two cyclists who collapsed while participating in the Bike Un Ai Rak bicycle ride on Sunday.

One in Surat Thani and another in Ratchaburi the province rides. The two died following emergency medical attention.

HM the King had a royal wreath sent to Wat Don Kathin, Poonpin district in Surat Thani and placed in front of the coffin of  Sitthichai Banjerdsuk, a 59 year old mechanic attached to the Thung Song office of the State Railway of Thailand last night.

The funeral rites will last until next Sunday when a royal cremation would be granted as a special case.

His surviving widow, Mrs Sangchan Thongchan, said her family felt very grateful to HM King for his kind treatment given to her late husband and her family.

A royal wreath has also been ordered by HM King to be sent Wat Pobanlang in Ban Pong district in Ratchaburi for the funeral of 73 year old Luen Yomhom who succumbed while joining the 10-km Un Ai Rak bike ride. A royal cremation will also be granted for Luen. 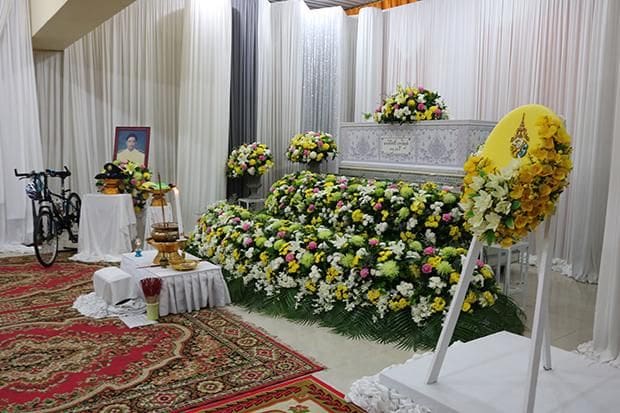