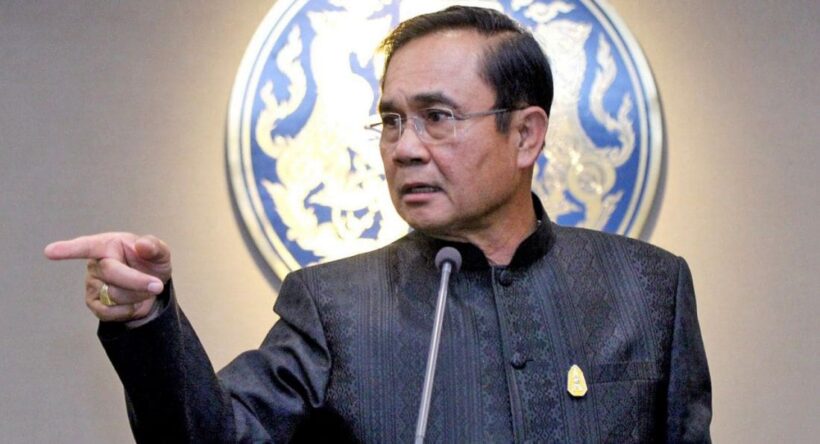 “…the junta government was now trying to buy votes using populist schemes, such as handing out cash as New Year gifts to low-income earners.”

A former student activist and renowned scholar Thirayuth Boonmee has predicted that though junta leader General Prayut Chan-o-cha will be able to form the next government, it will lack legitimacy and this will only lead to instability.

The lack of legitimacy will be due to the complex network between the military, public servants, the conservatives and big corporates, which only protect their own interests, and the fact that the ruling National Council for Peace and Order (NCPO) has destroyed the credibility of independent agencies, Thirayuth said yesterday. He was speaking at the 45th anniversary of the 1973 uprising that he led.

The rampant lack of transparency and populist policies are no different than those during Thaksin Shinawatra’s time, when the government used all kinds of ploys to gain an advantage over other parties, Thirayuth pointed out.

Similarly, he said, the junta government was now trying to buy votes using populist schemes, such as handing out cash as “New Year” gifts to low-income earners.

These offerings may help the junta win the election, but many other problems will ensue due to poor legitimacy, the activist predicted.

“They need to change their mindset, from considering themselves as the holders of sovereign power to accepting differences,” he said. “It is only this way that they can run the country.”

Thirayuth’s comments come amid controversy surrounding the NCPO’s and Prayut’s role before, during and after the elections.

Although the organic law on MP election will go into effect today and the ban on political activities will be relaxed subsequently, critics and politicians are concerned that the regime will interfere with the elections and retain its power.

After Prayut proposed that party symbols and names be removed from the ballot paper, politicians yesterday called on the Election Commission (EC) to maintain its independence and make the elections free and fair.

Thai Raksa Chart leader Preechapol Pongpanit said yesterday that he wanted all the independent agencies to be transparent and straightforward about the election to ensure that an elected government can serve the public with no questions asked.

He also advised the EC to disregard any opinions from irrelevant parties and insisted that ballot papers include party symbols and names. Otherwise, he said, it will not be in line with the Constitution, which requires that ballot papers be designed so the voter can not only choose the constituency candidate but also the party.

Suwat Liptapanlop, a key member of Chart Pattana Party, said yesterday that the EC should make a clear decision on the matter and ensure that the elections are free and fair and that voters turn up to exercise their right.