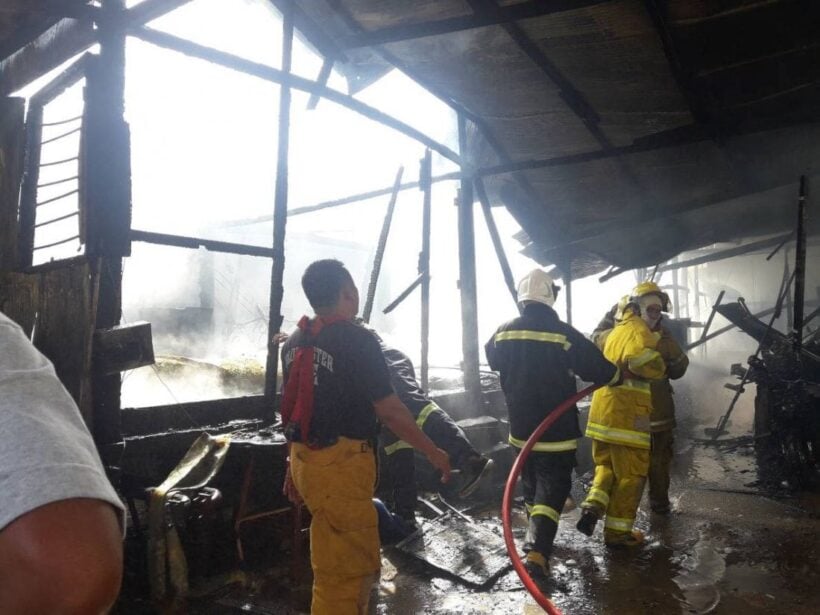 A fire has totally destroyed a wooden house and storage area in Wichit yesterday. The estimate value of damages is around 300,000 baht.

Wichit Police were notified of the fire in Soi Thep Anusorn in Wichit at 2pm yesterday.

Police and rescue workers, along with firefighters with two fire engines, arrived at the wooden house which was already well ablaze.

In front of the house was a storage room where wooden materials had been kept. This had also caught fire.

It took about half an hour to control the blaze. No injuries were reported.

49 year old Surin Tapyang, the owner of the house, told police that the house was 15 years old. His four Thai workers lived in the house.

“When the fire started there was no one in the house as they went out to work at a construction site.”

The value of damage is estimated about 300,000 baht. Police are now investigating the causes. At this stage police believe it could have been an electrical short cut. 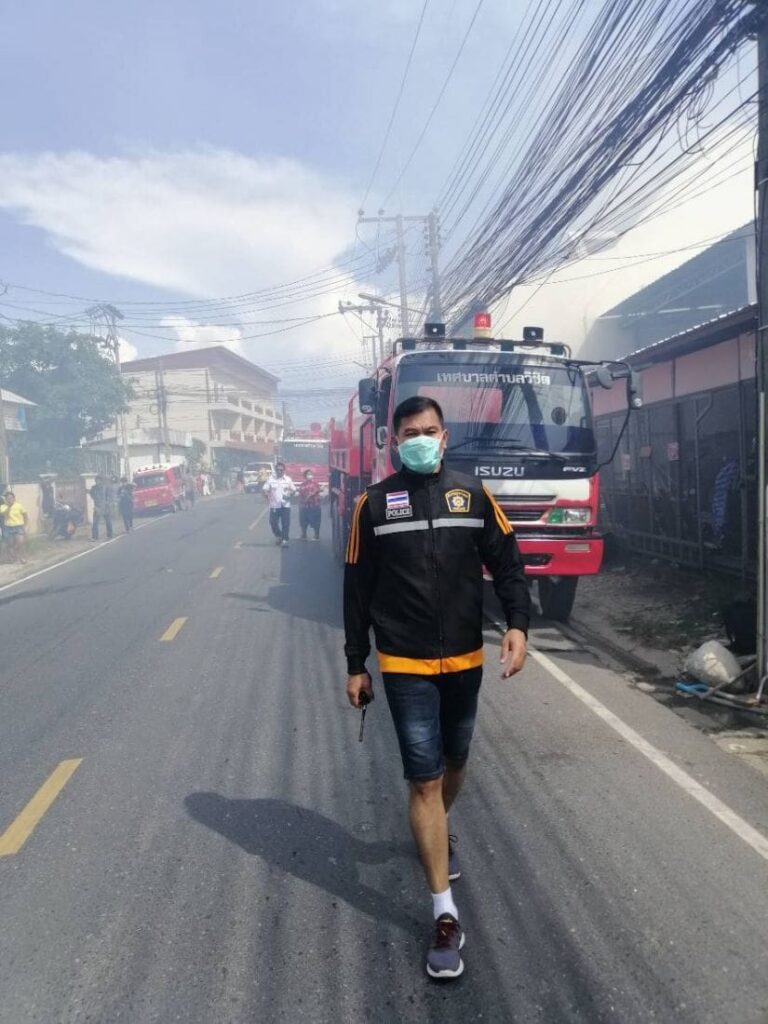 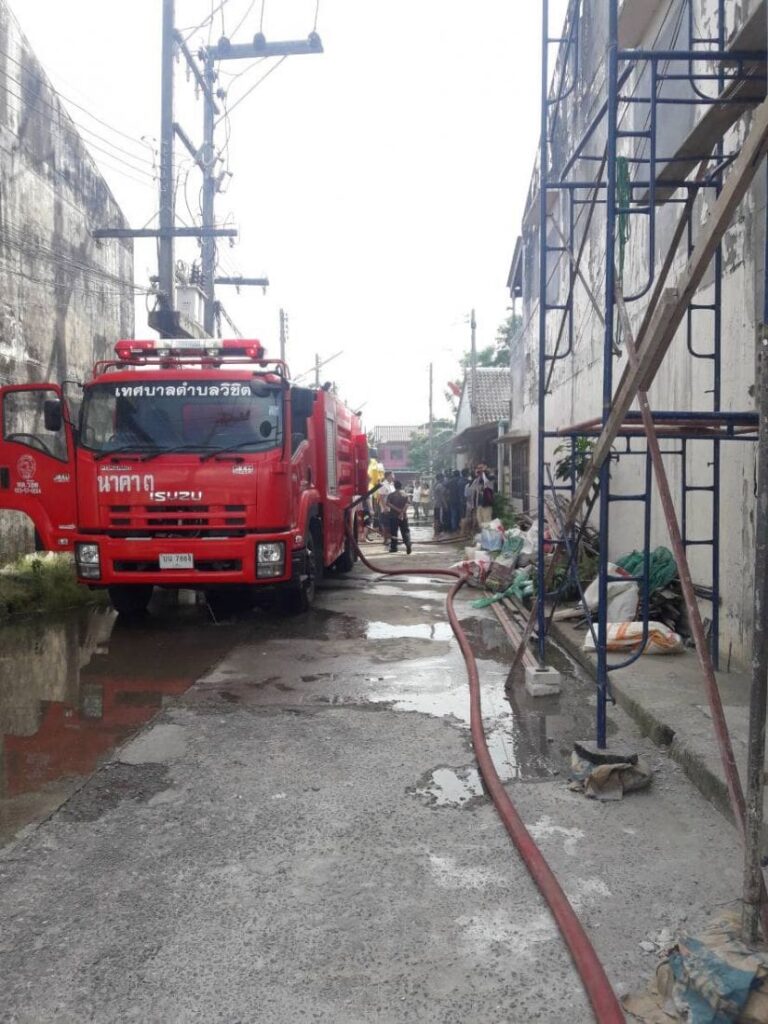