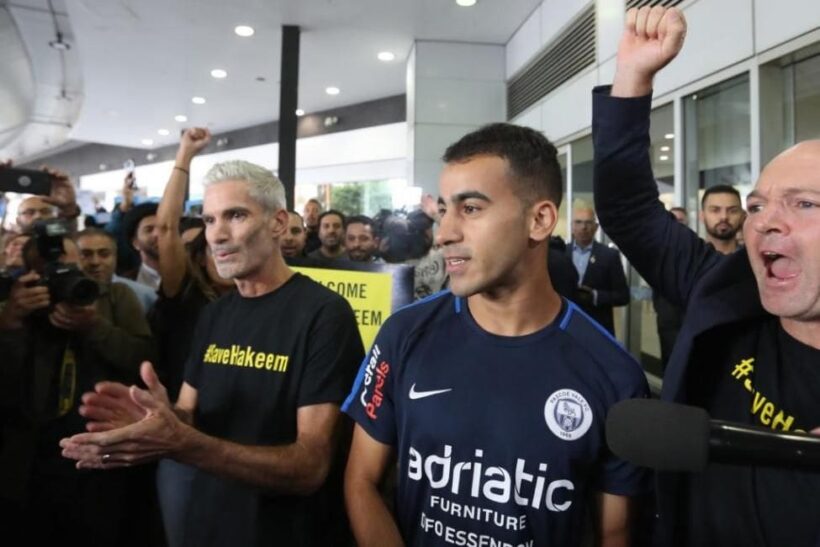 The decision to drop an extradition request against Australia-based former Bahraini footballer Hakeem al-Araibi stems from a visit by the Thai foreign minister to Bahrain.

The Bahraini withdrawal of extradition demands, that enabled al-Araibi to walk free on Monday, was made after a meeting in Bahrain earlier that day between the Bahraini Crown Prince Salman al-Khalifa and Thai Foreign Minister Don Pramudwinai.

The Thai FM says Bahrain did not want the case to drag on since Thailand is getting ready for an election and His Majesty’s coronation. Don has confirmed that he personally met the Bahraini crown prince to discuss al-Araibi’s release.

The crown prince says that Thailand would gain no benefits from arresting al-Araibi, according to Don, adding that the prince also said that he did not wish to see Thailand being criticised or treated unfairly.

Don says says the meeting with the Crown Prince was also assisted by the Bahraini PM Khalifa al-Khalifa, who wanted to “emphasise his country’s efforts to help Thailand” in the case.

Meanwhile, Thai PM Prayut Chan-o-cha thanked Bahrain for considering its “special relationship” with Thailand, which led to the footballer’s release. He said that, with the return of al-Araibi to Australia, the matter was over and people should stop criticizing Thailand.

The Guardian was at Melbourne Airport when Hakeem al-Araibi arrived yesterday morning.