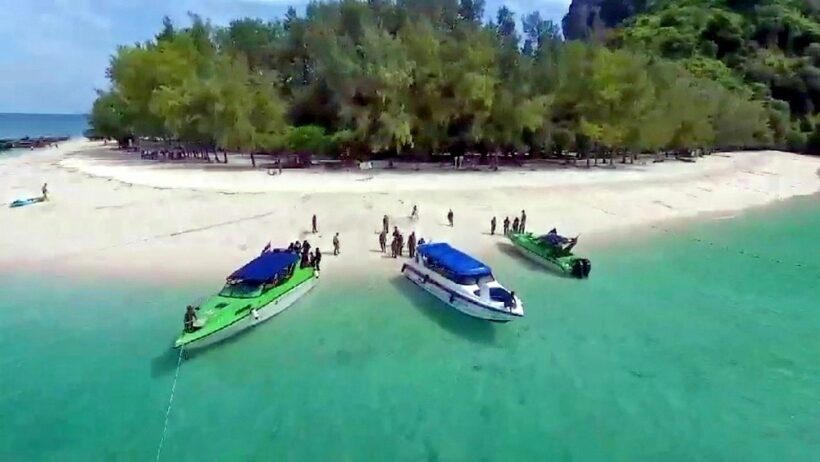 Coconut trees have saved a 71 rai (11 hectare) patch of park forestland on beautiful Poda Island (8km from Ao Nang) from falling into the hands of the private sector. Evidence was solid enough for the Appeal Court to overturn a ruling that awarded the land ownership to a man.

If the plot became privately owned it could possibly fetch billions of baht given its location. Private investors would be keen to buy the plot from Chuan Pukaoluan, who has long fought with the Department of National Parks, Wildlife and Plant Conservation (DNP) over the plot.

The Court of Primary Instance initially ruled in favour of Chuan, who produced land-rights documents and pictures to back a claim that he owned and used the plot before it was declared a part of Hat Noppharat Thara Mu Ko Phi Phi National Park in 1967.

The DNP appealed and enlisted the help of experts in verifying the age of coconut trees on the plot.

Experts from the Chumphon Horticultural Research Centre randomly examined 12 coconut trees on the site, and analyses showed the oldest was just 45 years old. Chuan’s claim that coconut trees were planted there before the national park was established was no longer convincing.

“Through special techniques, we can accurately identity the age of a tree, said the centre’s representative, Supatra Lertwannakiat.  The Department of Special Investigation (DSI) has helped the DNP in finding new techniques for the court battle.”

On Thursday, the Appeal Court found the DNP evidence carried more weight and ruled in their favour.

He said he could not sleep at all on Wednesday night because of anxiety.

DNP director-general Thanya Netithammakun said the Poda ruling marked the first time his agency had won in the Appeal Court. He said even though Chuan could still petition to the Supreme Court, it would be difficult for Chuan to find anything to rebut the DNP evidence.