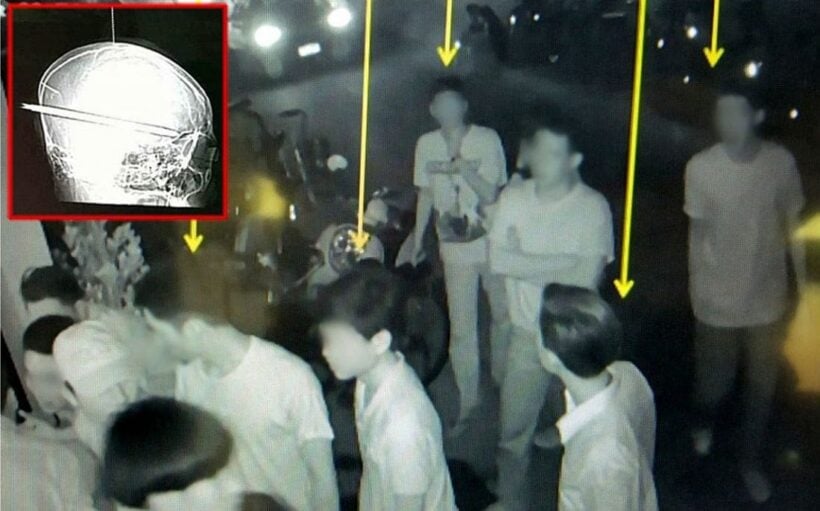 Thirteen attackers aged 26 and younger have been jailed for terms of between a year and ‘life’ for the murder of 24 year old Silpakorn University student Theerapong Thitithan.

Theerapong died after being stabbed in the head with a screwdriver during an attack at his friend’s dormitory in Phetchaburi’s Cha-Am district in February last year.

Kornkanok was given a life imprisonment and Sakdinant received 25½ years on the charge of conspiracy to murder and trespassing.

A 14th defendant, 20 year old Marisa Ngernthong, was acquitted of all charges as she stayed in the vehicle.

All defendants had denied the charges, except for Dechathorn who reportedly made a confession during the trial and has since been detained at the Bangkok Remand Prison.

The compensation includes 7 per cent annual interest since the February 2017 attack.

Theerapong’s aunt Arunee Deesuwan said the relatives were satisfied with the verdict and would not appeal.

She said there would be no forgiveness and the family would wait to see if the case was finalised before the cremation was held. The body is at his family home in Chumphon as his mother said she would cremate her son’s body when justice was served.

On February 25, 2017, the group raided the dormitory looking for someone who was seen as a romantic rival to one of the men.

The target was not there but Theerapong and the two others were identified as his friends and were attacked with bottles and a screwdriver.

While two friends were wounded, Theerapong was fatally stabbed in the side of his head with a screwdriver and died in hospital.