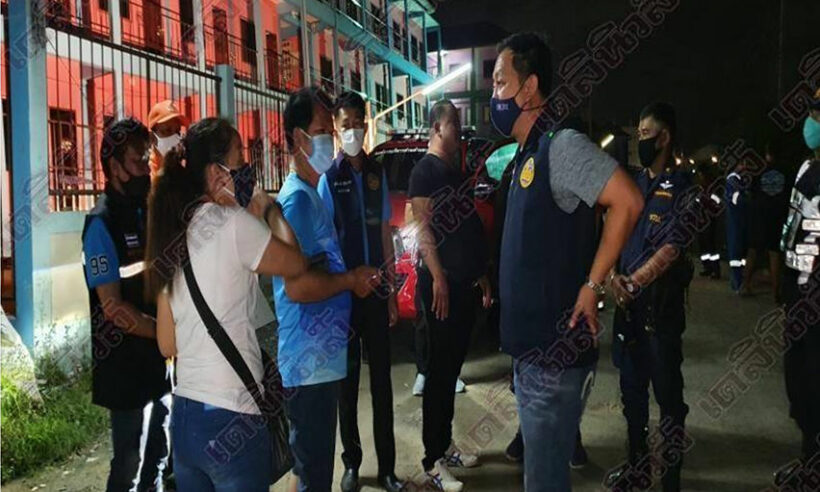 Around 60 people in Samut Sakhon, just southwest of Bangkok, were forced to flee their homes last night as their 3 storey flat block leaned over and appeared about to fall. It happened at the Pa Yiam building in Phan Thay Norasingh subdistrict.

Residents told reporters they heard a loud noise and felt shaking. Local officials were soon at the scene, sealing off the structure to stop anyone entering and protecting the property of residents.

The deputy provincial governor said that governor Weerasak Wijitsaengsri would be meeting with all concerned at today to begin the investigation.

There is a reservoir behind the building; structural problems and ground subsidence are thought to have caused the leaning.

The building’s owner found alternative accommodation for the residents and other plans were put in place to assist them. 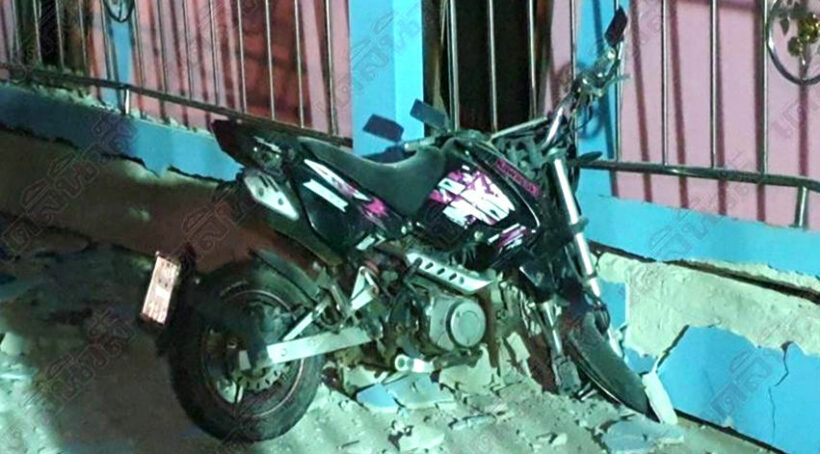 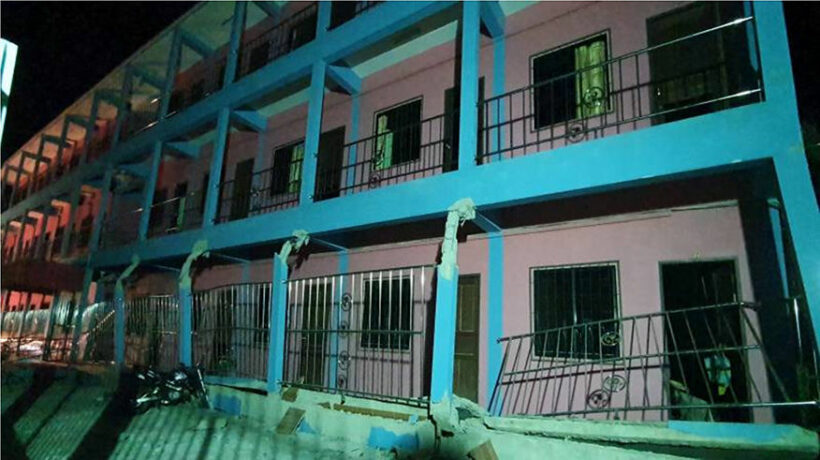 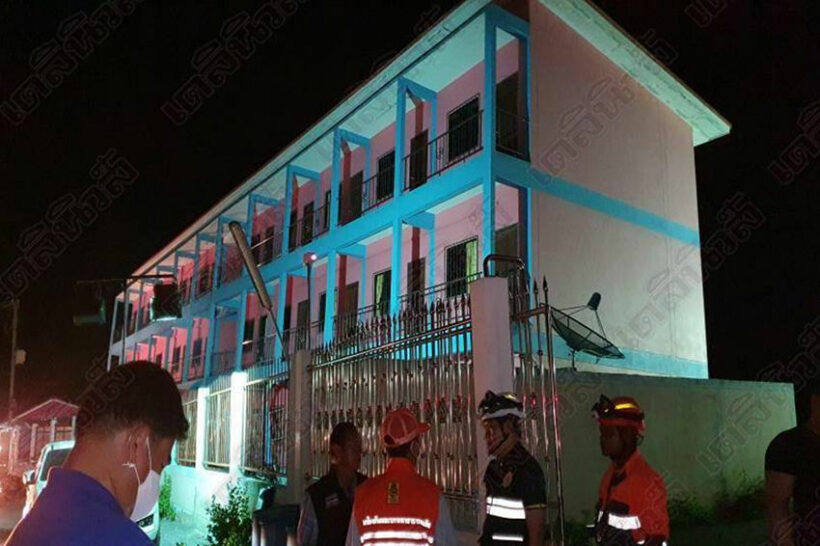