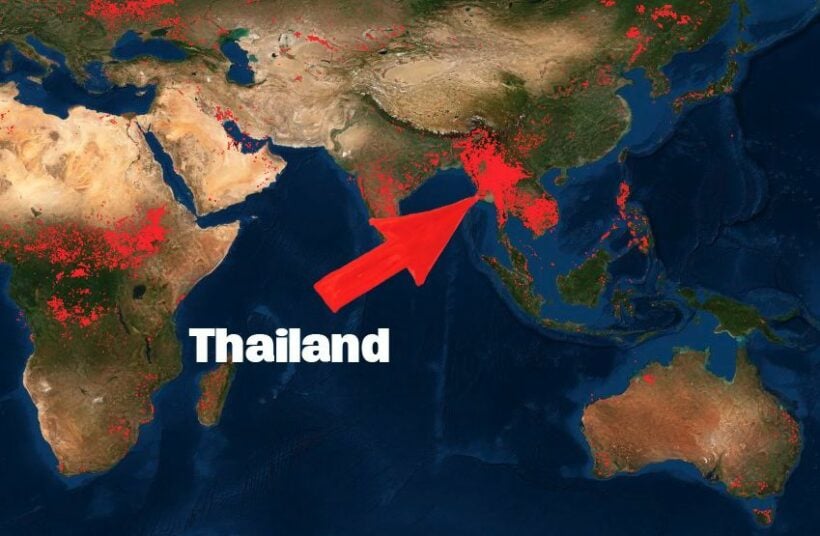 As if the northern city doesn’t have enough to worry about with the coronavirus and scorching daily temperatures, residents are still having to face choking smoke and smog from, mostly, deliberately lit forest fires in the region.

PM2.5 levels in some areas soared up to 592 micrograms per cubic metre yesterday, more than ten times the ‘safe’ level.

This morning the situation is a bit better but the levels are still more than four time the Thai government’s safe level of ’50’, which is twice the World Health Organisation’s upper safe level of ’25’. Readings from airvisual.com at 8am (Thai time)

The deputy governor of Chiang Mai province, Komsan Suwan-ampa, says though forest fires have been a chronic problem for more than a decade, this year’s situation was dire because fires had erupted in areas that are not accessible by firefighters and volunteers.

Bangkok Post reports that a fire erupted yesterday in Doi Suthep-Pui National Park, to the north west of the main city, which had to be doused by helicopters. The fire-control centre reported that 218 hotspots in 18 districts in Chiang Mai have been detected by the Geo-Informatics and Space Technology Development Agency.

The fires are certainly concentrated around north-west Thailand and, with the wind blowing in the wrong direction, can determine if Chiang Mai is going to have a bad day, or a very bad day. There is also a lot of the active fires nestled to the north of Chiang Mai, across the border in a poorly enforced region of Myanmar where thousands of meth labs operate, hidden under a thick forest canopy, for the illicit drug trade. 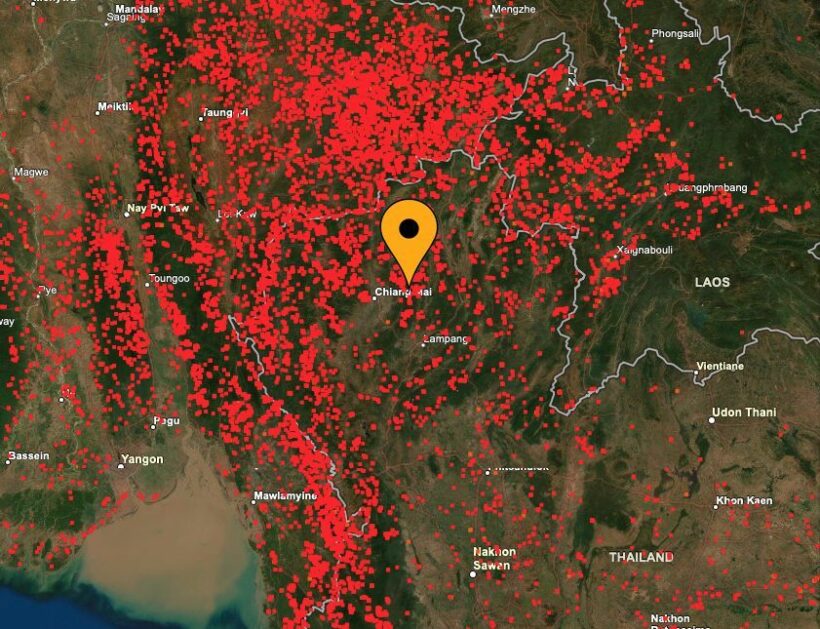 You can check out the live world fire maps HERE. We invite the northern Thailand government officials to do the same.

The director-general of the Pollution Control Department, Pralong Dumrongthai, says the forest fire hotspots in the North continue rising due to arson, open burning and pollution from bush fires set in neighbour countries.

The authorities are offering a 5,000 baht bounty and imposing such as 1 to 30 years in prison and fines of 10,000 to 3 million baht for the crimes.