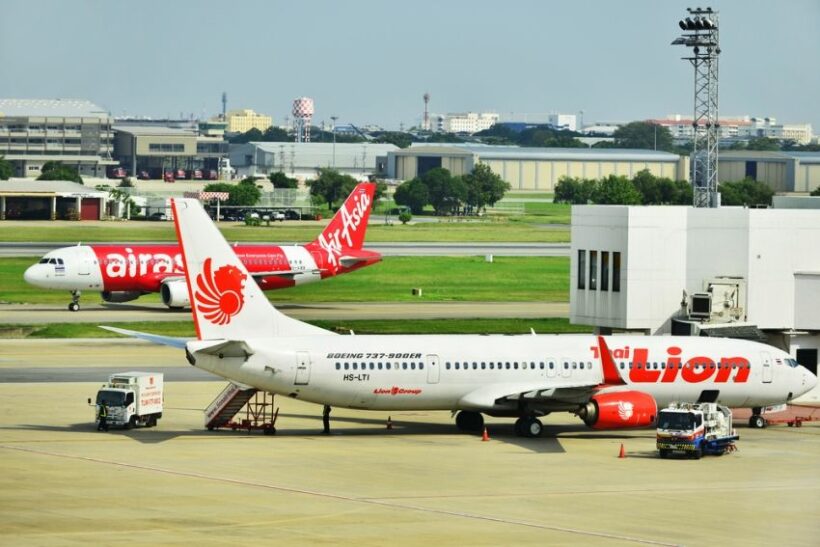 Whilst the current cheapest domestic air fares have been around the same prices they were before local airlines were grounded, there is a possibility of some more drops in your seat prices.

Thailand’s budget carriers could be offering lower seat prices after the cabinet yesterday approved an extension of the jet fuel tax holiday. Thailand’s low-cost carriers have been slowly adding new routes and frequency since taking back to the Thai skies at the start of July. The excise tax on jet fuel was dropped to just 0.2 baht per litre from the earlier 4.726 baht in February this year to try and mitigate the early impacts of the pandemic on domestic operators. That reduction expired at the end of September. The extended excise reduction will now run until April 9, 2021.

But the CEO of Thai Air Asia, Santisuk Klongchaiya, says the average lowest-cost fare at the moment is 900-1,000 baht, depending on the route and time of flight. Lion Air’s head of commercial operations, Nuntaporn Komonsittivate, told the Bangkok Post that their average domestic airfare is 1,200-1,500 baht… “slightly higher than the pre-pandemic period rate of around 1,000-1,200 baht as the aviation industry has to depend on domestic travellers”.

Both acknowledge that extending the reduction in the jet fuel levy will certainly help keep the prices down as their flights start filling up again.

Airlines met with the Thai PM last month calling for the allocation of 24 billion baht in soft loans to help tide the local carriers over until the international borders re-open. Although PM Prayut has agreed in principle, the request is yet to be granted.

Bangkok Air announced this week an Elite Card for unlimited travel throughout 2021 which will cost passengers 100,000 baht (plus taxes, conditions apply, etc, etc). Meanwhile the Thai Air Asia “Passport”, that ran from mid-July to mid-December for 3,000 baht, comes to the end of its promotion next month.

Thailand’s Sports and Tourism Minister, at yesterday’s remote Cabinet meeting in Phuket, acknowledged the importance of keeping the domestic air-fares competitive whilst the country had to rely on a mostly domestic-only tourism model until the borders could be safely re-opened, or when tourists were ready to start returning to Thailand.

The ‘av gas’ tax reduction is projected to cost the government 700 million baht in revenue during the period of the latest extension.