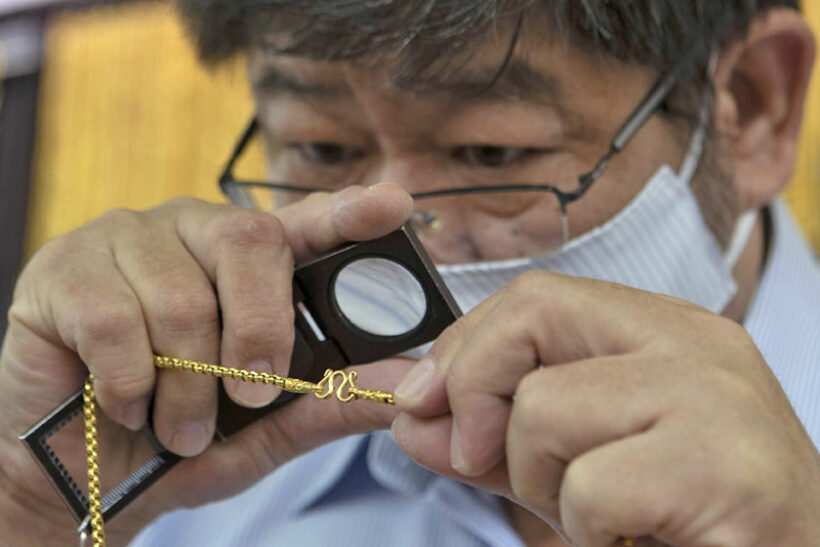 Massive unemployment due to the national state of emergency and the Covid-19 outbreak has pushed gold prices to near a 7 year high, and gold shops throughout the country are running out of cash because so many people are cashing in. In a briefing this week in Bangkok, PM Prayut Chan-Ocha asked the public to show restraint and not to trade in all of their gold at once.

The price spike has prompted a wild selling spree as some rush to sell the precious metal to raise cash as the pandemic spreads, impacting businesses and the economy as gold hoarders cash in.

“I’m asking people to sell gradually, not in large amounts, as shops may face a cash crunch.”

As with other countries, the yellow metal has traditionally been a popular way for Thais to save money, but a surge in global prices has tempted many to sell. People are trying to raise cash as the virus-induced slowdown has led to major job losses and wage cuts.

Prayut says officials are trying to work out a plan for gold shops to cope with the huge numbers of sellers. Thailand is under a partial lockdown until at least the end of April to curb the disease but some businesses deemed essential remain open.

Queues stretching hundreds of metres to reach goldsmiths’ counters to sell the metal for cash have become a common sight on Bangkok’s Yaowarat Road in Chinatown, home to major goldsmiths. Jitti Tangsithpakdi, chairman of the Gold Traders Association and owner of Chin Hua Heng Goldsmith, said sales volume at his company alone amounted to 200 million baht on Tuesday.

“Don’t unload gold all at one time as huge sums can mean hundreds of billions of baht, and no goldsmith can tolerate that selling pressure.”

The one-sided selling in the domestic market and difficulties exporting gold with many flights grounded and lockdown measures in major gold markets have forced some goldsmiths to halt operations for fears of cash shortage.

Most of the gold sold is bullion, reflecting that sales have been for profit, as gold bar is usually used for investment, according to Jitti.

In Thailand, the gold price has risen by 6,000 per baht weight (15.1 grams) since the beginning of this year. Furthermore the baht’s weakness against the US dollar has given local sellers a windfall.