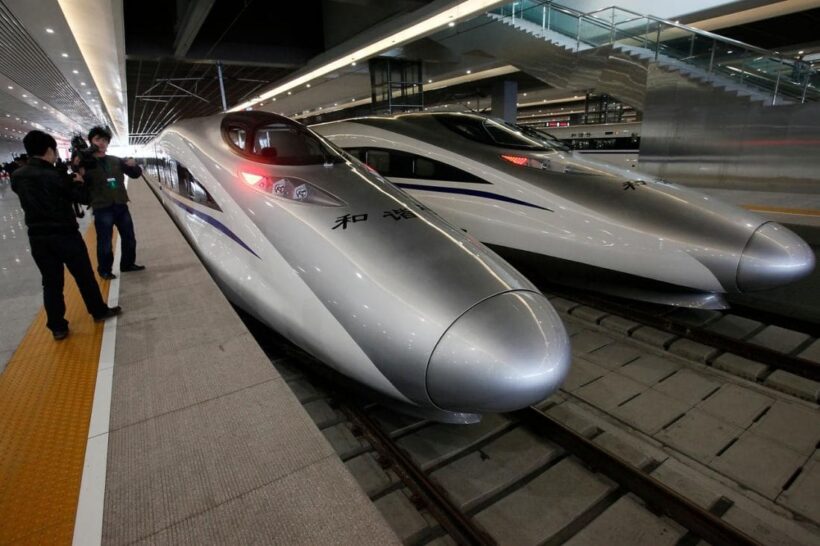 “When Japanese trading house Itochu and train maker Hitachi withdrew from a soon-to-be-decided $7 billion tender for a high-speed rail project near Bangkok, it appeared to be another victory for China and its grand plans to connect Southeast Asia with railways.

Thailand has for decades been the centerpiece of Tokyo’s strategy for Southeast Asia, and long-discussed plans to build extensive shinkansen-style rail lines in the country’s east and north were meant to cement the relationship between the two nations.

But while Japan’s ambitions have been stalled by disagreements about financing and other details, Beijing has managed to push ahead with construction of a separate high-speed rail line in northern Thailand. To some, the rail projects are a symbol of China’s growing influence in a country where Japan had spent decades building ties.”

The article predicts that the Chinese investment into South East Asian rail services is part of its broader ‘belt and road’ policy that is stretching out into new routes and connecting regions, and China, with hitherto remote parts of the asian continent.

China’s reach southwards will allow it to exert greater political influence on places like Singapore which, for now, still retains strong connections to Washington. Investing in high-speed railways all the way from China’s borders to the tip of the Malay Peninsula is a lot more than just an economic investment, it’s a high-profile symbol of China’s new influence in the region where issues such as ‘Taiwan’ and it’s demands in the South China Sea have caused prickly negotiations with the ASEAN countries.

But to reach Singapore, China must first get Malaysia on side…

“A dramatic recent shift in Malaysian politics has put China’s plans for Singapore on hold, however. After his election in May, Malaysian Prime Minister Mahathir Mohamad decided to hold up “for now” the $20 billion 688-km east coast rail line connecting southern Thailand to Kuala Lumpur, and postpone for two years a 350-km high-speed rail link between the Malaysian capital and Singapore.”

The article says that these ‘investments’ are actually just loans for high-priced infrastructure that often cannot be repaid by smaller economies….

“China typically provides loans, not grants, for foreign infrastructure projects, and takes possession of the project if the recipient is unable to repay its debt – as happened with a port in Sri Lanka. Such instances have prompted critics in the West to accuse China of practicing ‘debt diplomacy’.”

Read more of this fascinating and important article from Nikkei Asia Review HERE. 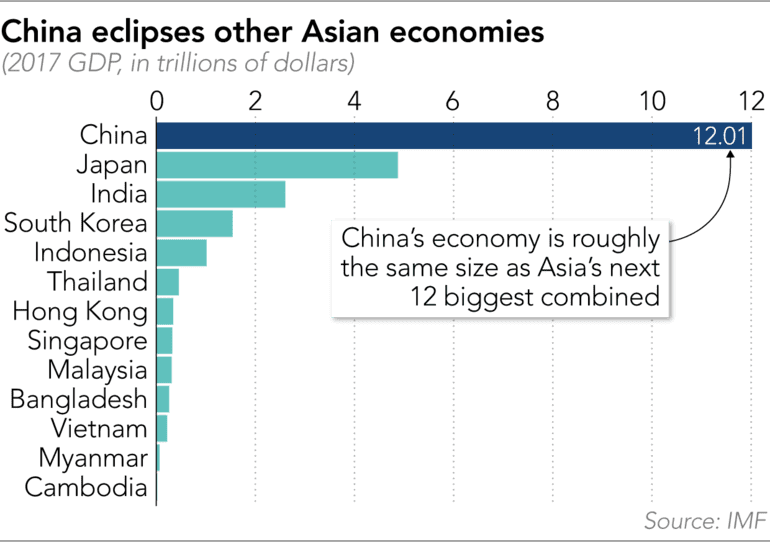