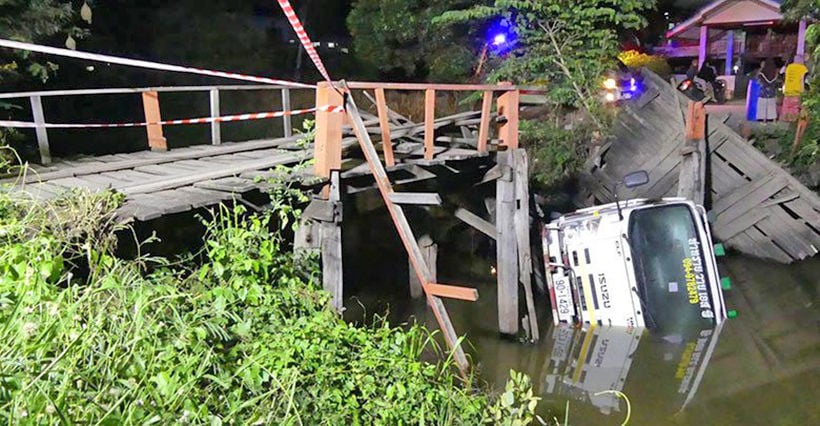 A young truck driver in Pathum Thani province, just north of Bangkok blamed his GPS after he and his truck ended up in a klong. 23 year old “Wittiwat”, who was driving a load of sand, told authorities GPS told him to cross a rickety wooden bridge over the Bang Pho canal, so he did… or rather, he tried.

Locals managed to pull him from the cab and get him to hospital after the incident in Pathum Thani’s Khu Khwang sub-district. He was only slightly injured, with a damaged knee. He’d been transporting his load in the Isuzu truck from Bang Bua Thong to Lat Lum Kaew.

A local official said now-defunct the bridge was 30 years old and used only for light loads and motorcycles. Locals knew better than to try anything so heavy.

He said the bridge would be repaired. 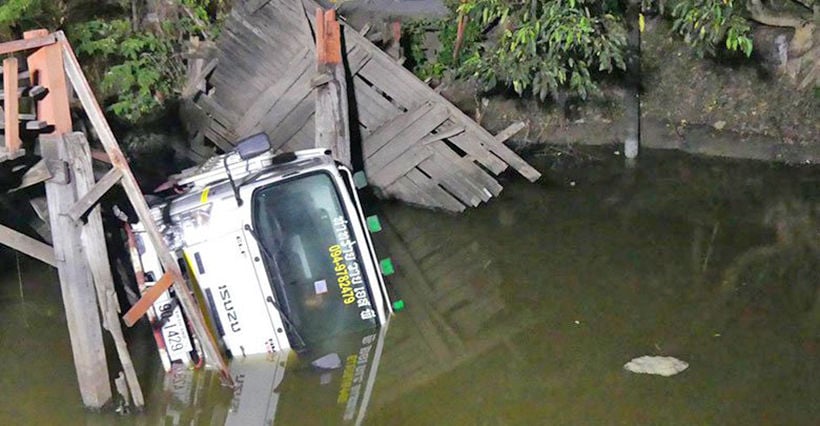