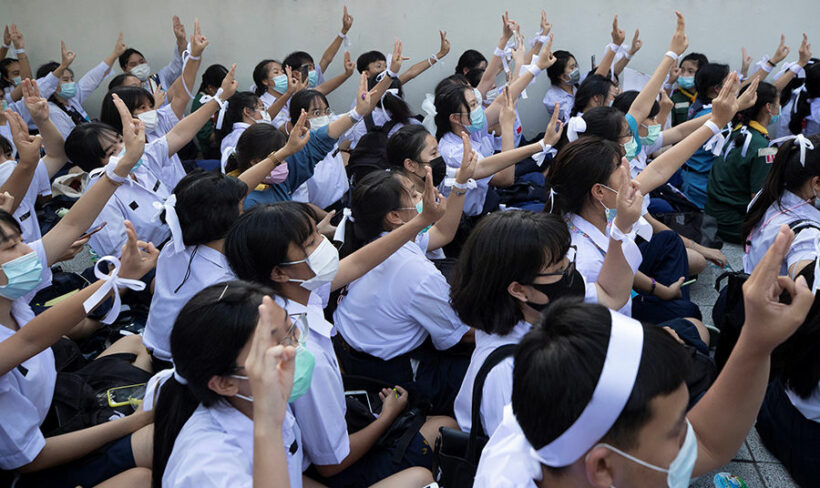 As political differences continue to divide the generations, Thailand’s Culture Ministry has weighed in on the matter, issuing guidelines on how the younger generation should interact with their elders.

“Stand straight, hold hands below your waist, bow slightly. Do not stand too close or too far from pooyai. If receiving orders, stand straight, with arms by your side. In other situations, stand politely and do not cause annoyance or get in others’ way.” 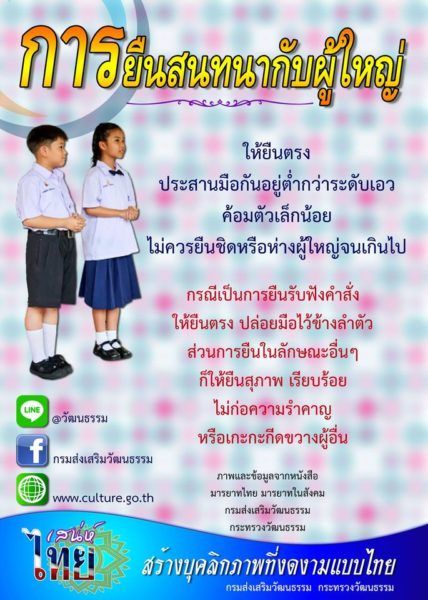 The Thai word, pooyai, generally means adult, but can also be used to signify those in authority or people who command respect based on their role in society. Unfortunately for the Culture Ministry, its Facebook post has been greeted with derision by the younger generation, with one student criticising its tone-deaf stance, which appears to ignore the current reality.

“The artwork and information really go together. Both are outdated.”

Another Facebook user shared a gif that recently went viral and shows an older woman slapping a student, suggesting the Culture Ministry has got its priorities wrong.

“Shouldn’t you be teaching pooyai first?”

The harsh reception to the guidelines echoes the response to two propaganda videos posted by the Thai government at the weekend. After receiving 99% “thumbs down” on You Tube, officials were forced to remove the videos.

For several weeks now, school students have held up the 3-fingered salute and used white ribbons in support of anti-government protests taking place around the country since mid-July. Many say they’ve had to deal with unfair retribution from teachers and the police, with at least one student accusing a teacher of physical assault.