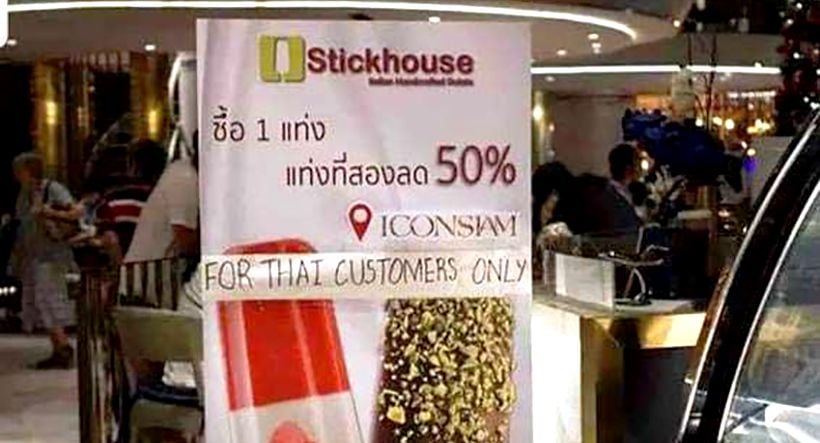 An ice cream company outlet in the new Icon Siam mall on the banks of the Chao Phraya in Bangkok, has received backlash after a ‘locals’ promotion was misunderstood by staff resulting in a ‘50% off For Thai Customers only’ sign which sparked great criticism on social media.

Stick House (specialising in Italian gelato on a stick) has issues a lengthy apology in which they claim the details of the promotion were misconstrued by their employees.

The promotion ‘Buy one get 50% off your 2nd gelato’ is aimed at the local market which makes up for 95% of their business, and whose majority speak Thai as their native language. The banner ad, which was printed in Thai, was then altered to include a ‘lost in translation’ English version. The company claims staff will be ‘vigorously retrained’ to provide a service they can be proud of.

Due to the confusion, the promotion will be extended until January and anyone refused the promotion in the past is urged to return and contact the company directly.

Buddhist blessings ring in the new year for ASEAN