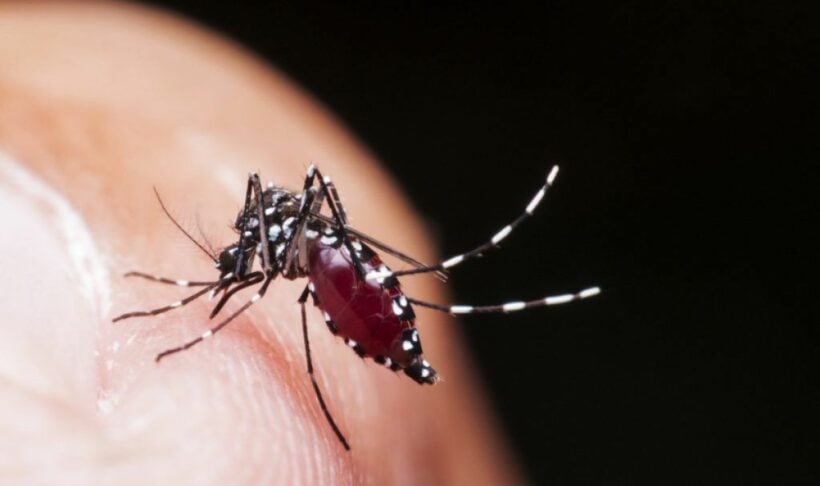 “The number of patients is expected to rise as rain has begun falling in some southern provinces.”

Residents of provinces in Thailand’s upper South are being warned that dengue could spread now that the annual monsoon rains have arrived.

Doctor Sirilak Thaicharoen, director of Nakhon Si Thammarat’s 11th Disease Control Office, said 1,165 people in seven upper Southern provinces had contracted dengue virus in 2019 resulting in one death so far. She said most of the dengue patients were children between the ages of 10 and 14, though those aged 5 to 9 years old are the second-biggest age group affected.

Nationwide, 12,545 people have caught the virus this year resulting in 14 deaths, she said.

Dengue is spread by mosquito bites. Between 4 to 7 days after a bite from an infected mosquito, victims develop flu-like symptoms which include a sudden high fever coming in separate waves, pain behind the eyes, muscle, joint and bone pain, severe headache and a skin rash with red spots. There is no antiviral treatment available.

The main way to prevent its spread is to avoid being bitten by mosquitos.

Summer storms forecast for the central and north of Thailand