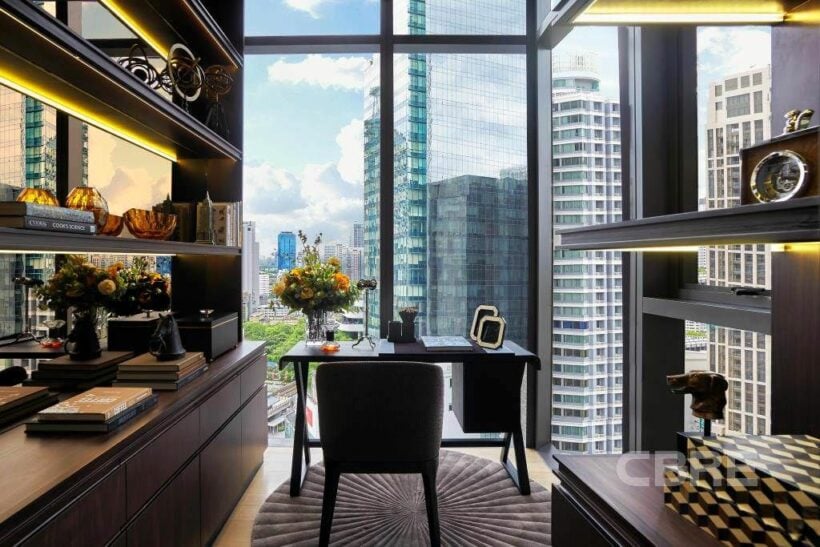 There are man reasons why Thailand is a favourite location for property buyers from Hong Kong and mainland China – the street food and great weather are just a part of the allure.

Chinese nationals spent a record 40 billion baht (US$1.25 billion) on Thai properties in 2018, according to the Bank of Thailand.

So who is buying Thailand’s condominiums? Chinese, but buyers from the US, Singapore, Taiwan, the UK and Japan were also big spenders on condominiums looking at last year’s stats.

Meanwhile the Russians, up to recently being up big in the Phuket and Pattaya condo markets, has now dwindled due to the weak rouble, according to property analyst Phattarachai Taweewong from Colliers International.

“The rising popularity of Thai properties in China was such that units of condos marketed in the mainland were often sold out before the domestic sales.”

Thailand is experiencing a glut in the property market, Phattarachai said.

“Both Canada and Australia have declining property markets and new foreign buyer taxes. This helps drive investment away from those countries. Thailand does not impose extra taxes on foreign buyers.”

Carries says that Juwai.com received a record number of inquiries on Thai properties last year, with total sales in Thailand topping its 2018 charts for the first time. Australia and Canada have been pushed down to second and fourth place, respectively.

Foreigners are allowed to own 49 per cent of apartments in any Thai condominium project but are not permitted to own land.

In order to prevent a real estate bubble, the Bank of Thailand tightened lending policies which have made it more difficult for Thai people to buy homes, causing a slowdown in local property sales. But observers say interest from foreign buyers and Chinese investors will sustain the sector for years to come.

Read The Thaiger’s tips on buying a condo in Thailand HERE.

To check out more than 35,000 properties for sale in Thailand click HERE.