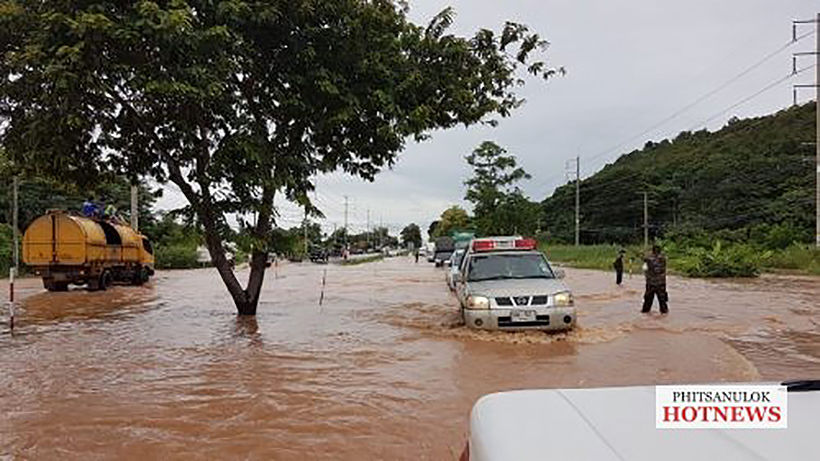 A village in Phitsanulok’s Wang Thong district in north-central Thailand, has been totally inundated after a river burst its banks early this morning.

Water started rising in the Fuangfah village in the Wang Thong district around 2.30am when the Wang Thong River overflowed. Rescuers rushed to the village by boat to evacuate the residents. Levels rose very fast with some parts of the village under two metres of floodwaters.

Villagers were still asleep and were woken up by megaphone that they needed to prepare for evacuation. The evacuation was difficult as the village had several bedridden patients and elderly people.

The Ban Khao Samor Kraeng community nearby was also hit by the overflowing river. There was also flooding on the Phitsanulok-Lomsak road leading to Wang Thong downtown area, with an 800 metre stretch under 20-30 centimetres of water.