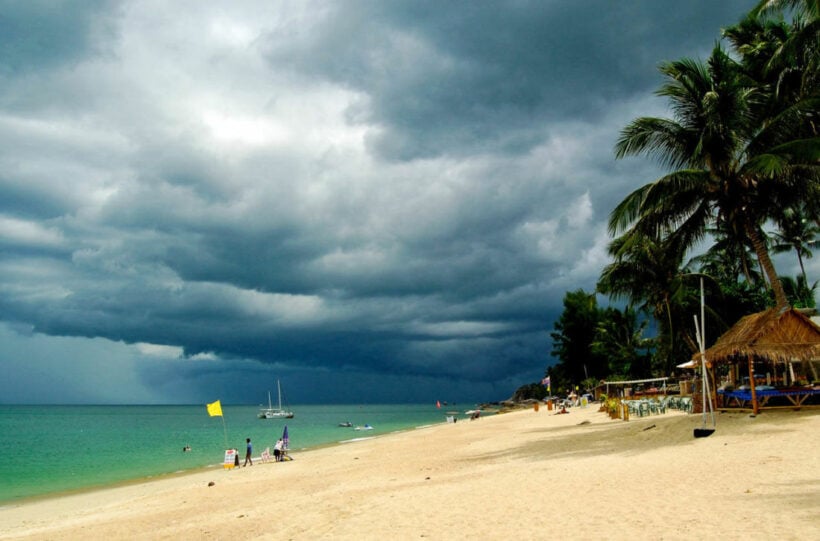 A low-pressure cell over Cambodia has caused a monsoon trough to lie over the lower part of central Thailand, the upper south, and the east of the country since yesterday.

The Nation reports that there is also a strong southwest monsoon across the Andaman Sea, as well as the south and the upper Gulf of Thailand. Strong waves around 2-3 metres high are expected in the upper Andaman and upper Gulf, rising to 3 metres during thunder showers.

All ships should proceed with caution and avoid thunder showers, while small boats should stay ashore through September 19.

Rain is expected to continue in many areas, with heavy to very heavy rain forecast in particular for Rayong, Chantaburi, Trat, Ranong, Phuket and Krabi, with the possibility of severe conditions in some areas.

However, the North and North-East can finally expect an easing off of the rains that have caused severe flooding and disruption over the last few weeks.

Keep in contact with The Thaiger by following our Facebook page.
Never miss out on future posts by following The Thaiger.
News Categories:Weather
Related Topics:heavy rainsmonsoonThai weatherWet season
Up Next

The current stormy conditions have caused severe damage to a number of homes in the southern province of Surat Thani, with some villagers left homeless. At one property in the Phra Sang district, the roof and garage have collapsed, with the 45 year old homeowner, Rachan Churak, having to flea the property with his family. Rachan says the damage occurred after 2 hours of sustained strong winds that he says was like nothing he’s ever experienced before. He says when his roof tiles started flying off one by one, he decided to evacuate the property with his family and shelter […] 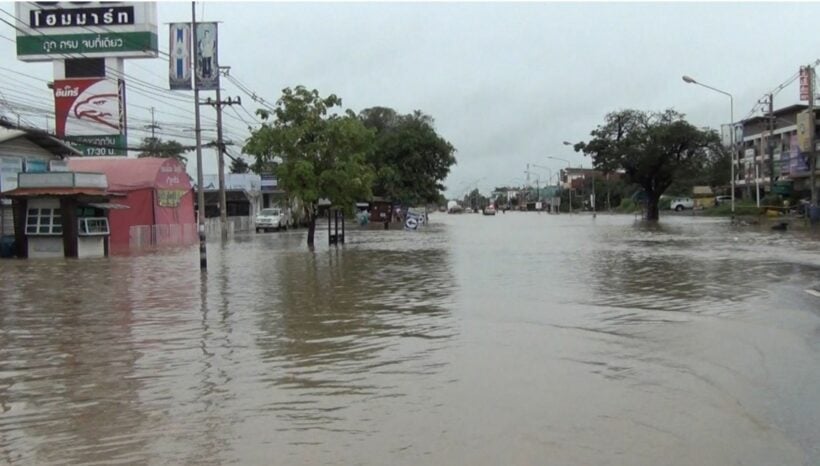 Flooding has inundated over 1,000 rai of farmland and the main highway in Nong Bua Lam Phu province, between Khon Kaen and the Laos border in north east Thailand. Heavy rains since last Thursday have congregated in the area with more rain over the weekend making things worse. Highway 210, running from Udon Thani to Loei province, has been completely cut off. The Mayor of Nong Bua says that small vehicles can’t use the road at the moment. “Officials have dispatched backhoe loaders to dig the roadside areas to drain the water as quickly as possible.” 1,000 rai of farming land […]

Heavy downpours since the weekend have caused flooding in the Dow Saket district to the north east of Chiang Mai city centre, cutting off the main road to Chiang Rai in the Pa Miang District. The area around kilometre 32.9 was still submerged last night. The mayor of Pa Miang area says that several points along the way between Chiang Mai and Chiang Rai had become impassable for bikes and small vehicles. The mayor noted that the flooding was the worst he’d seen in 15 years. “Officials have been working to drain the water from the areas and have successfully […]