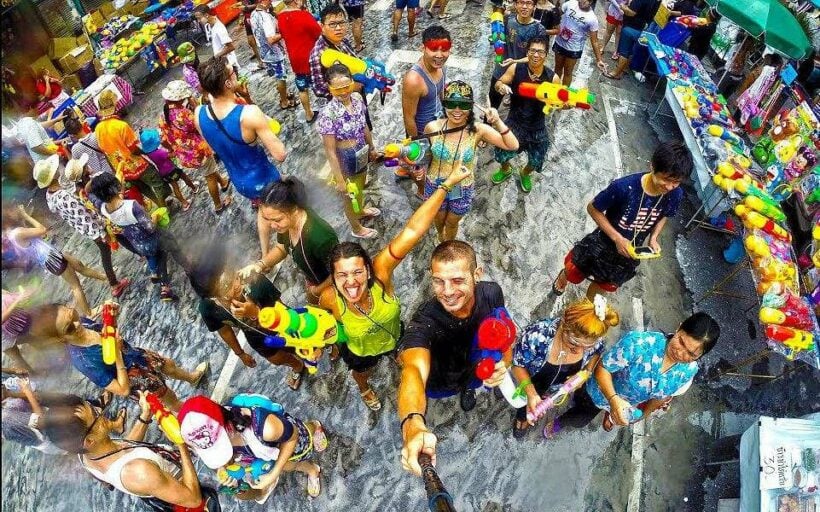 Today the Bangkok Post did a story headlined ‘No Songkran on Khaosan Road this year’.

What?! No Songkran at Thailand’s most popular water splashing location?

The story went on… “Business operators on Khaosan Road have decided to cancel activities for Songkran this year to allow authorities to prepare the area for the coronation of His Majesty the King.”

“Shows, merit-making ceremonies and parades will be suspended this year to allow the government and Bangkok Metropolitan Administration to improve and decorate the areas for the coronation of the King.”

Well, not quite correct…

According to the Thai News Agency, there will be no official organised Songkran festival along Khaosan Road this year but locals, expats and tourists (lots of tourists) are still invited to join in with the fun and mayhem along the road as usual.

“Bangkok officials have confirmed that they haven’t banned the water fight on the famous road; Khaosan Road and Silom Road in Bangkok. People can till enjoy water fights until 9pm,” according to the Thai New Agency.