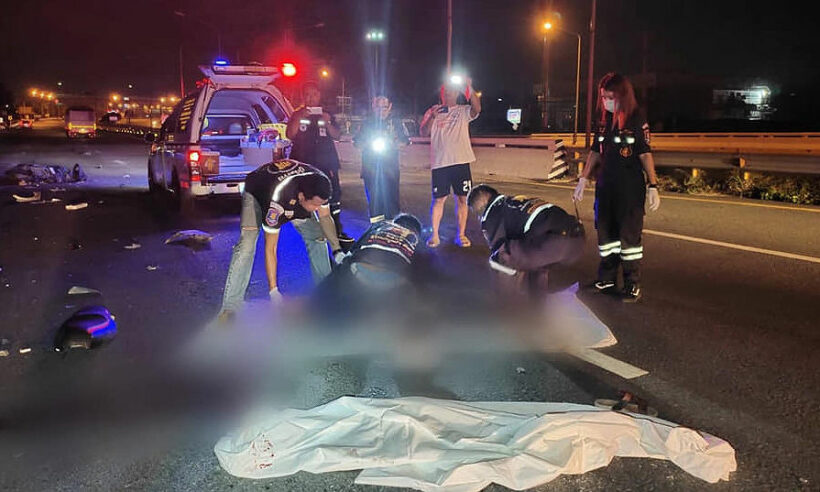 A 22 year old woman, riding alone on a motorbike with a group of four others on three motorcycles, heading home to a seaside resort, collided with the back of a ten-wheeler truck. The incident happened near the Ban Na bridge in Nong Prue at 3.30am early Monday.

Police say the truck was parked and sticking out into the road, the driver was asleep and the truck’s rear lights were off at the time.

22 year old Urairat Suksawaeng, a recent bachelor’s degree graduate from a Chonburi university, died at the scene, according to Ruk Siam News. Her friend following on another bike 50 metres behind was the first to find her student friend dead on the road.

“All four friends were in floods of tears”, according to the report in Ruk Siam News.

The victim had been working at a convenience store after graduating and was waiting for a more permanent position. Police arrested the driver of the truck, 48 year old Manop. He said he had stopped on the side of the road after battery trouble and was asleep waiting for someone to come and help him.

Police noted that the rear lights were not working on the truck.