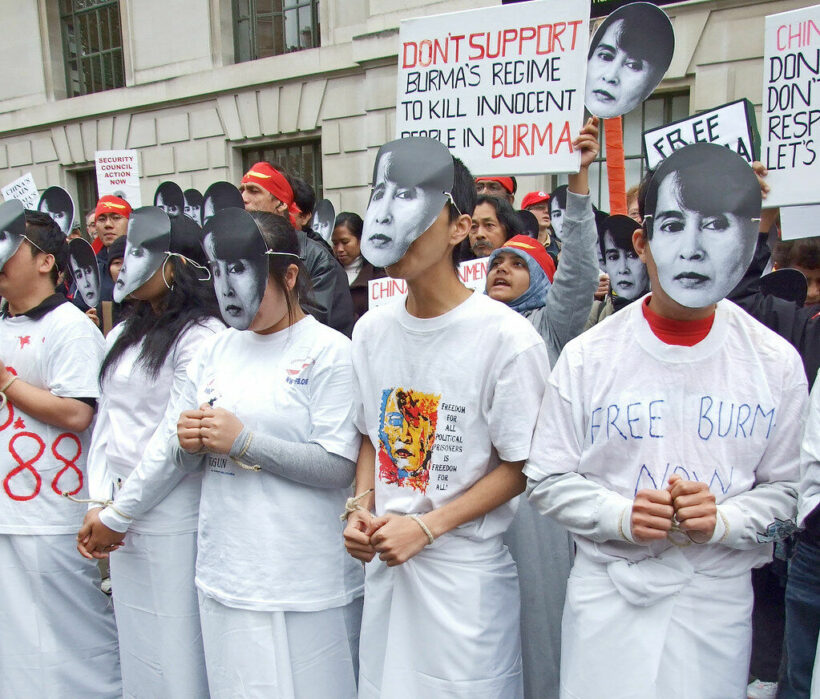 Myanmar’s military says it’s sad about those killed during the anti-coup protests, but is not stopping its crackdown. The military says it will continue to stamp out, what it says, is anarchy, despite international condemnation and sanctions.

Over 260 people have been killed since the February 1 coup, with the UN saying that number includes women and children. But, junta spokesman Zaw Min Tun, disputes that number, saying only 164 people have died in a sorry, but not sorry statement.

“I am sad because these violent terrorist people who died are our nationals.”

The “violent terrorists” that he is referring to, include those anti-coup protesters, who are demanding the release of Aung San Suu Kyi, the leader of the National League for Democracy. Suu Kyi’s party won in a landslide victory last November when Myanmar held democratic elections. But the junta claims the results were fraudulent and staged a coup leading to a militarial takeover of the country that has struggled with democracy for decades.

Violent crackdowns, media censorship, and arrests have sparked the UN to claim that the junta is likely committing crimes against humanity. But the military seems unfazed as top leaders say they are willing to be isolated to obtain their goal.

Just this week, the EU and US have issued sanctions against 11 Myanmar officials, which include freezing assets and imposing travel bans. But Zaw Min Tun is continuing to defend security forces by saying they were up against “insurgents holding weapons” which have killed 5 police and 4 soldiers.

“We have to crack down on the anarchy. Which countries in the world accept anarchy?”

Last week, the junta imposed martial law in 6 of Yangon’s townships, putting 2 million people under the direct control of military commanders. Now, the Australian embassy has warned its citizens to prepare to “shelter in place” with essential supplies, while Britain has advised its citizens to flee.

Locally, Thailand is bracing for a possible flooding of immigrants seeking refuge, with the Royal Thai Police saying they are temporarily setting up camps to deal with the upcoming situation.